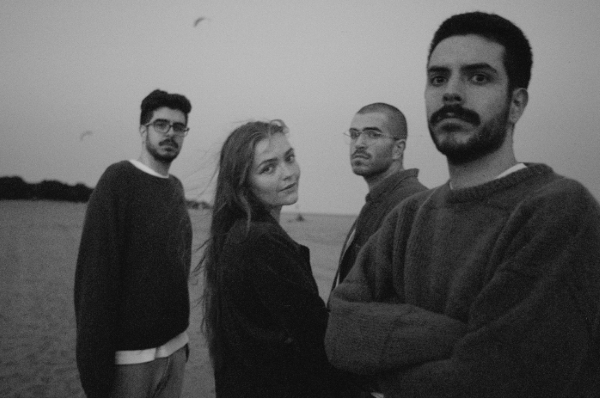 Dizzy is very excited to release their new EP, Basement Covers on Royal Mountain Records and Communion Records. Earlier this year, the band that hails from the suburb of Oshawa, Ontario released their sensational second album The Sun and Her Scorch. Throughout the past year, the band has taken to sharing covers of their favourite tracks on YouTube from quarantine, and this new EP collects these with brand new recordings of some of the band’s most beloved tracks, including never-before-heard renditions of The National and Britney Spears.

Dizzy has already shared their cover of Britney Spears’ “Lucky” on YouTube.

“We chose to cover “Lucky” by Britney because it’s a great song, the same way I think all of the other cover songs we chose are great. I hate when music snobs stick their noses up at mainstream pop that is largely embraced by young girls. I always think like what if some old white rock dude released “Lucky”? Some writer would eat that shit up. Listening to music with a preconceived lens will make up your mind about a song before you even get to the first chorus. Good songs are good songs. Oh yeah and girls rule!”

With their debut album Baby Teeth and its follow up The Sun and Her Scorch, Dizzy have exhibited their flair for crafting vibrant melodies and deeply personal, relatable lyrics. They have collaborated with the likes of MUNA, Gengahr, and U.S. Girls and performed live with Bleachers and Oh Wonder, and the band’s debut won the prestigious Juno Award for Alternative Album of the Year.

Basement Covers is out now on Royal Mountain Records. It is available here.