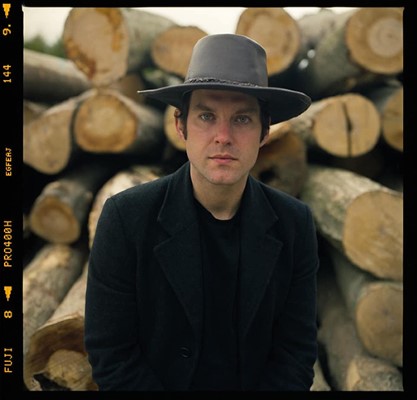 “I’m the only one in my family with a musical bone,” Burkhart offers. “I had to be making noise at all times. Music has always helped me channel my streams of consciousness and tell stories.”

“I wrote Slow Burn during my two-week quarantine in mid-March,” Burkhart recalls of the album’s initial process. “I had taken a trip with my family down to Scottsdale, Arizona over March Break which was right as the pandemic really started raging; it was strange seeing that happen in real-time in a foreign country.

“The day after we arrived back in Toronto, the borders closed,” he continues. “I received word about having to quarantine and, all of a sudden, had two weeks of solitude to write about everything.”

Check out the newest single, “Back Down the Road” below, and find out more about Matthew via our Five Questions With segment.

Hey everyone! My name is Matthew Burkhart, I’m a singer-songwriter from Kitchener, ON now living in Toronto. I have a new 6-track EP called “Slow Burn”, released independently on September 4th via matthewburkhart.ca.

Sonically I’d say my music falls into the realms of classic Americana meets Alt-Country with a dash of folk. “Slow Burn” falls into all these categories with small pinches of punk and rock mixed in as well. When it comes to writing, I try and focus on piecing together streams of consciousness that tell a compelling narrative about things I’ve seen or experienced – then transpose that to paper. The melodies I write vary from day to day depending on how I feel, but in every aspect, I try and be as honest as possible. Sometimes it takes months, in the case of “Slow Burn”, it took about 2 weeks.

I’m lucky enough to work full time at a brewery in Toronto, so that keeps my days busy. I played a couple of sets in Christie Pitts Park back in the middle of summer, and a virtual EP release show for “Slow Burn” back in September. We have another big virtual show coming in January, but it doesn’t beat playing real venues to real people. I miss that a lot. I’ve also been rehearsing with some folks in a heavier psych-rock project that will see a release early in the new year.

I’d say go check out “Wind Song” – the last track on the EP. It’s a heavy-hitting social commentary divulging into the current political status quo and the economic ripples that occur. It was originally going to be released as a bonus track but I decided to throw it on the EP. For something a bit lighter, check out “Back Down the Road” – a straight-up Americana ballad!

There’s an incredible amount of talent in Canada doing so many amazing things, especially in the genre of Country. I’ve been really into the latest Colter Wall record, Orville Peck, and Ontario’s own Daniel Romano. He’s released 10 LPs this year and they’re all astonishing. His 9th LP “How Ill Thy World is Ordered” is a masterpiece I have on repeat.