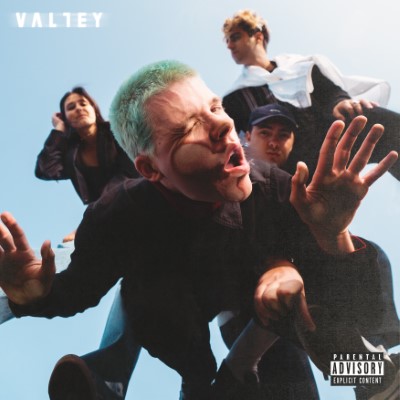 Sucks to See You Doing Better is the newest EP from the Toronto-based band, Valley.

Sucks to See You Doing Better is the happiest breakup album I’ve heard in a while. Each song on the EP deals with aspects of being utterly devastated by a breakup: jealousy, depression, lethargy, apathy, social anxiety, and so on. Yet despite these dark topics, the tracks are irrepressibly upbeat. Featuring a lively duo of female and male vocals, bass guitar, drums, and electric samples, the tracks of Sucks to See You Doing Better are so energetic, they could easily be played on the dance floor. This juxtaposition of tone to lyrics is very intentional as Valley says they “ strive to build a safe space for listeners to embrace when they’re feeling alone during dark times of lingering negativity, struggles with apathy and other tremulous emotions.” The Gen Z band builds on this safe space by using coded language to connect to their young audience using the 2020 signs of mental health trauma: leaving read receipts, watching other people’s stories, or binging on Harry Potter movies — all signs in this modern age that you might need help. Again as Valley says, “We wanted [the EP] to feel isolated and alone but also like a giant hug when you listen to it in headphones.”

The standout track to me on Sucks to See You Doing Better was “Nevermind”. “Nevermind” is a meditation on extreme lethargy caused by mental health issues. The singers are not necessarily depressed, but instead, feel completely numb and unable to take any positive action to improve their situation. Still, in contrast to its lyrics, this song is anything but inactive but instead has an upbeat tempo and pulsing beats. It is as if Valley is both interested in sympathizing with the listener but also wants them to get up and move – similar to how they worked through their own troubles to make this EP just for all of us.