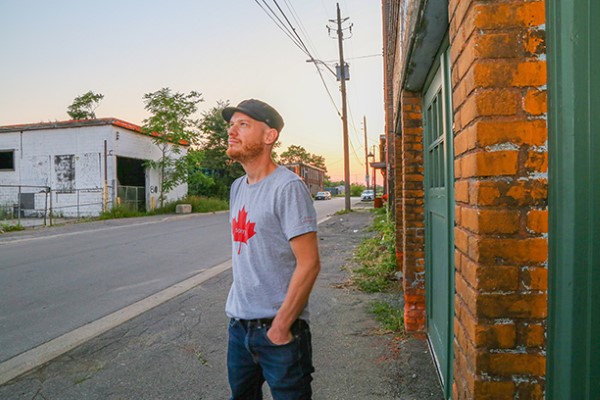 Canadian alt-rock Americana artists Bryce Clifford & Brother Superior have released a video for their single, “Tomorrow We Break Up With Ourselves”, which is the latest single from their upcoming album, Rebounder.

The video features freshly digitized VHS clips of Clifford skateboarding with his brother and friends in the 90’s.

The track “Tomorrow We Break Up With Ourselves” came as a reaction to writing one-too-many slow and introspective songs.

“You can only work on those ‘downers’ for so long until you need to shake it off and play something irreverent and poppy.

“This one flips-the-script on the ‘hopeless-romantic’ narrator and asks, ‘is it possible that you’re the problem?”

“I’d held onto the song title for years. A friend came up with the saying one night at the Elephant Room, a jazz club in Austin. We’d been comparing and joking over some of our relationship woes and she said, ‘Tomorrow, Bryce, we break up with ourselves.’

“I always laughed at how she added ‘tomorrow’, indicating there’s very little determination towards this effort of self-improvement…”

The story behind this album was initially a difficult one to talk about, Clifford shares — not because of the hard feelings behind the breakup at its centre, but for what he wondered was a “regrettably trite scenario…”

“I seethe at the idea of being lumped in with those lame ‘singer/songwriter seclusion’ stories,” he says, half-groaning, half-laughing. “In all seriousness, though, I hope it isn’t filed under ‘pain makes art,’ but something more like ‘art as survival.’”

Check out the video below and stay up to date with Bryce Clifford & Brother Superior via their socials.