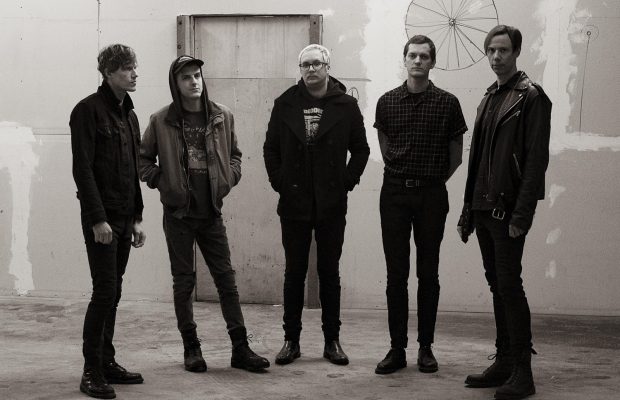 Montreal, QC-based post-punk band, Talleen have teamed up with us at Canadian Beats to unveil a brand new live video featuring three songs, two of which are unreleased, as of now. The two unreleased tracks will be on their next EP, set to release in early 2021.

The video was filmed last summer at La Traque Studios in Montreal, check it out below and find out more about Talleen via our Five Questions With segment.

We’re called Talleen. We’re based in Montreal, QC. There’s 5 of us involved, at the moment, in something resembling more of a “collective” approach. Over the years people have come and gone. But you could say that over time the project has developed a life of its own.

We recorded a 3-song live session at LaTraque in Montreal a few months ago, and we’re excited to share it. The 1st and 3rd songs (“Lazarus” and “Economics”) are coming out on a new release that was produced and mixed by our drummer Alex Crow at his home studio. It should be out in the next few months. The 3rd song, “Economics,” is also coming out as a single and video, directed by Alex Ortiz (We Are Wolves). The second song “Lacerations in the Drawing Room” is from our 2018 LP, The Black Sea.

Well… an honest response to late stage capitalism in the face of naturally complicated human emotions — the ones we’re all bound to live with and experience on a daily basis. Visceral might be a good descriptive. A more concrete description might be 70s punk with elements of post-post and darkwave, sometimes with a horror movie atmosphere. For the writing, the lyrics might come first and then the music. Other times it’s the other way around… We try to let things take their own direction, but we also keep the writing primal which reflects the punk side of the band. There are no real guitar solos in Talleen’s music. It’s all pretty raw and rough.

These days shows are just nonexistent for obvious reasons. We’re hoping to play live this summer, or as soon as possible, really. When it’s safe… We’ll for sure announce it on our Facebook (link: https://www.facebook.com/talleenisdead/) and Instagram (https://www.instagram.com/talleenband/). In the meantime, it’s why we made the session: Bring the show to the public, right? If you haven’t seen us live, well, you haven’t lived haha. It can be an intense experience. We certainly hope it’s dionysian, no pretense intended.

We Are Wolves. It was rad having Alex Ortiz direct our video for “Economics.” We’re looking forward to releasing that. Some of our other current faves are Odonis Odonis, Preoccupations, Duchess Says, Jesuslesfilles, Metz, Actors, Uubbuurruu, to name a few. There are some great Canadian bands putting out great music these days!