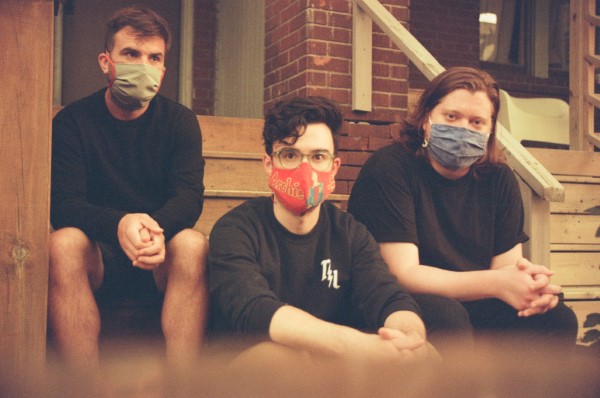 Toronto, ON-based indie/post-rock trio, Outer Rooms will be releasing their new album, All Will Be Well and All Will Be Well, etc., etc. to the world tomorrow, but here at Canadian Beats, we have an exclusive first listen!

The album, which was written and recorded across a two-year period, takes the layered, lo-fi chaos of Outer Rooms’ Worldless Fantastic (2016) and welds it to the more direct songwriting of Even in the Cannon’s Mouth (2017). Recorded with Braden Sauder at Marquee Sound in Toronto’s East End, the album was completed in the basements and living rooms of various band members as the world shut down.

The album features ten tracks, staring with an unlikely protest song, “Thunder East”, which pulls back the curtain on living and creating music in Canada’s foremost cultural capital.

“Toronto has become a failed construction project built on rock and roll,” says Outer Rooms’ Sean Fitzpatrick (he/him). “We spend so much time going from place-to-place, free to sit and silently ruminate our lives and gum, while we’re bombarded with ads and picture-in-picture chaos. We wanted to move here to make music, and then struggled to just pay rent while bars and performance spaces closed year after year.”

Check out the full album below, and be sure to stay up to date with the band via their socials.