Interview – A is for Arrows 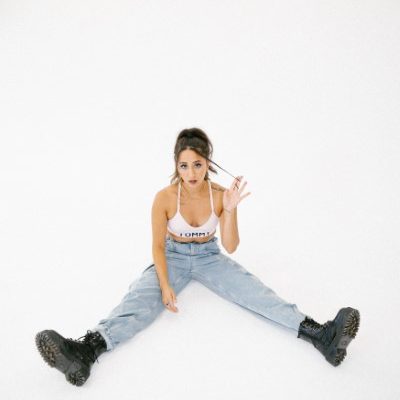 Some artists have to wait years for a peak of interest; not so much for A is for Arrows! Less than a year in the public eye, they have been added to playlists on Spotify, Apple Music, and Amazon with the single, “Talking in My Sleep”. A is for Arrows now strives even bigger with new single “Can’t Stop” which, despite the carefree melody, takes the listener on an emotional rollercoaster through its lyrical creativity.

Your new single “Can’t Stop” has this fantastic, danceable quality, but you’ve described it yourself as a song “based on real emotions and a time in my life where I didn’t feel very confident in my relationship.” Would you say songwriting works as a form of therapy for you?

Songwriting has always been like therapy to me, in fact, songwriting for me started when I was writing in my journal. I’ve always documented my feelings but started to feel like words didn’t hold enough power. Then, I started putting music behind it and felt the feels in my soul!

Do you ever draw a line when it comes to sharing too much about yourself?

I don’t know where I really draw the line, yet. So far, I write what I feel, what I wish I could feel, and what I once felt.

You’ve made incredible waves in the streaming world as well as rave reviews from multiple music publications; what do you think draws people to your music?

I hope people are drawn to the story that I’m trying to tell – that they’re enjoying the narrative. I tried to create music that kept my attention because having ADHD often hindered my abilities to enjoy something for extended periods of time. If a song can keep my attention, I’m in!

As a huge fan of MTV’s “Catfish”, I have to ask about your song placement with the show! How did that come about? What has the response been like?

What an absolute honour that was. I can’t believe how appropriate my lyrics were for that episode! It was as if I was asked to write a song for the exact scenario. I was jumping up and down when I watched the episode! I had no idea what part of the song they would use, how long of a clip it would be, and what the context was. THEY PLAYED THE SONG FOR OVER A MINUTE! So incredible. I’m still excited about it.

In the next 6 months, I’m aiming to write about 100 more songs. I have hosted a few writing camps to get the juices flowing and will feel so blessed to add more to the list.