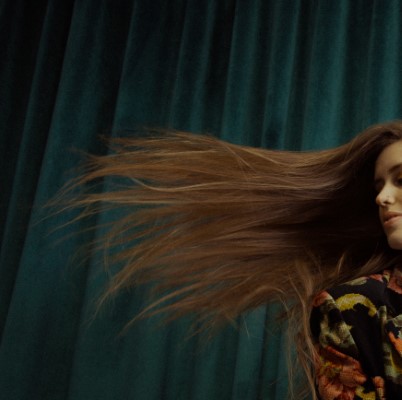 Title has struggled since adolescence with abuse and mental illness, songwriting has always been an outlet for her to create meaning out of feelings of suffering.

Her upcoming debut EP, Green is a minimalist acoustic project, using a lyrical style and sparse but powerful vocals to convey the blend of vulnerability, grief, compassion, and hope that make up the recurring themes of the work.

Check out “Tornado” below, and find out more about Julie via our Five Questions With segment.

I’m Julie. I’m a millennial with a mood disorder and questionable dating patterns. I’ve been singing and writing songs since I was old enough to talk and write. Here to promote my quarantine music that’s pretty hot off the press.

I describe my music as alternative folk but really I think of it affectionately as sad bathtub music. It’s pretty naval gazey and melancholic which is pretty reminiscent of the Lilith fair vibes I was brought up around in the 90s. There’s definitely a gentleness to it… for lots of reasons creating something soothing feels right to me lately. In terms of lyrics, I’ve always been pretty influenced by imagistic and confessional poetry, but writing songs often feels like a different ballgame. I’ve been giving myself permission to write more simply lately.
Usually, the words and melodies just come through stream-of-consciousness improvising and then I edit it from there.

I don’t see any shows happening until after this whole pandemic thing calms down or until Toronto finds creative ways for working artists to keep playing. I was doing a lot of intimate, acoustic performances at cozy, dimly lit venues last year which is always a nice vibe. As things developed I was fortunate to start playing with an amazing band made up of super talented local musicians that I admire and respect. The full band gives the music a lot more richness and dimension. Usually, I find myself rambling and joking around a lot between songs.

If you were asked to suggest only one of your songs for someone to hear, what would it be?

I would suggest my new single, Tornado! This one is a co-write with my guitarist, producer, and friend Nick Tateishi. It’s always exciting to collaborate and create something a little different than I’d do on my own. This song also gives a good glimpse into the feel of the album I’m working on.

Some of my favourite Canadian artists include Sarah Harmer, Rose Cousins, Half Moon Run, A Tribe Called Red, and Frigs.