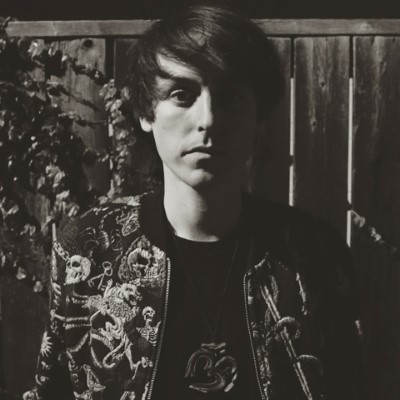 “Strange” was a call for compassion and empathy, and feels as though it was a direct reaction to the week of April it was released on; just as a global pandemic was peeking its head out to the whole world.  In actuality, it was written when Jordan Paul was 17—a young empath just coming to terms with the often dark nature of things, and the fear-based responses people can resort to in lieu of love and connection.

Now, “Archetype X” only furthers the singer-songwriter’s sentiments, as Paul’s oft-layered lyricism is pointedly laid bare in a song that explores the act of journeying inwards for therapeutic release.

“Things seem to naturally boil over as energy builds, tension can reach a terrifying peak before it dissipates.  Release is painful, but it’s cathartic—and I hope we are heading in a direction of healing after all this haunt.  Only through deep introspection can we heal the ugliness inside ourselves and begin to make the world a better place.  I believe if we do the difficult work within, we will see a change without.”

“Archetype X” was written in a self-processed act of therapy, and comes as the ultimate evolution in Hamiltonian Jordan Paul’s distinctive musical style.  The song boasts notes of delicate and exploratory alt. folk/rock, taking an expansive journey well beyond its subtle indie-folk roots. After Paul belts out the final refrain in the electrified coda, “Archetype X” fades into a chattering of hazey distortion and thrumming space echo—the welcome and careful calm to ease us back to reposeful contemplation before the song fades into the ether.

Check out the video below, and stay up to date with Jordan Paul via his socials.