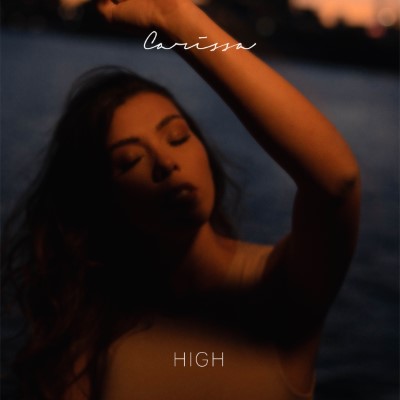 Carissa Vales recently released her latest single, “High” and has now dropped the brand new accompanying music video. Vales is giving Canadian Beats fans an exclusive first look at her new video just ahead of its official debut. You can check out the exclusive video release below.

“High” is the follow up to Vales most recent singles, “Saints” and “Paper Queen.” “High” was written by Vales, in collaboration with Marc-André Sauvageau (Victoria Duffield, Geneviève Leclerc, Jérôme Couture). The music for the new song was created and performed by Vincent Dupont (Klox) with whom Vales also teamed up with to release the popular singles “Back Together” and “Begin Again.” Originally planned for a release in March 2020, the current pandemic forced Vales to postpone the release of “High,” but the singer/songwriter found a silver lining in having to postpone the original release date.

“At first, since the song was recorded in January, we had in mind to release it in March – right when the pandemic started. Like everyone else, I kind of had a little moment of panic, since it was a situation no one had ever lived before. It was all so new and stressful, but I think that postponing the release was the best decision we could make, because during the summer we made some changes in the song, which would’ve never been done if we had dropped it at the moment we wanted. So, overall, I think it was beneficial for the whole project!” says Vales.

An active and creative songwriter, Vales paired up with Sauvageau to write “High.” The duo has worked on some of Vales previous music releases such as “Saints.”

“I co-wrote the song with Marc-André Sauvageau, who is an amazing artist. He is such a genius when it comes to putting emotions into words. I absolutely love to work with him. He is a very inspiring person to me. Every time we write together I always come to his studio with a clear idea of what I want to express, and we start from there.” Vales adds.

Touching on the inspiration behind “High” Vales explains,

“Like any songwriter out there, I tend to write about experiences that I go through or things that I witness around me. “High” was inspired after losing my best friend, which was also a person I loved very much. It was the kind of relationship that made me feel like I was never good enough, and that feeling had haunted me for years. The song reflects the process you go through when you try to understand if the end of the relationship was your fault, and if you could’ve done something different to save it, until the moment you just let go and accept the fact that it will never work out, despite all the love and all the effort you put in.”

Vales continues “When we wrote “High,” I had just come back from a trip to Italy and I had this clear concept in my head that had popped while I was walking through the narrow streets of Venice. It was a concept that compared a person to a substance that was not strong enough to keep the other person attached to it. Since I had felt like that for a long time, it was really important to me to find the right words to tell that story, and Marc-André was the perfect person to help me with that.”

Enlisting the help of Dupont (Klox) for the music was an easy choice for Vales as the two have previously created some great tunes together.

“The music was written by Vincent Dupont (Klox), who is also another amazingly talented artist. He really has the capacity of molding himself to the style of the artist he works with, without losing his personal signature as a music producer. He really took the time to find the right sounds that would musically illustrate the feeling of hanging mid-air, or being compared to smoke. The vocals were recorded in January, weeks before I moved to the Canadian West Coast.” Vales reveals.

Despite filing during the pandemic, creating the music video for “High” proved to be a great experience for the talented artist.

“This music video is really special to me because it’s the first video I have ever co-directed while also starring in it. It was a really good challenge because I had to clearly express what I saw in my head, and act the emotion at the same time, without being able to see what image or angle was being recorded on camera. Chloe McNeil (co-director) and I have such a good communication that everything turned out beautiful. Another challenge was that we recorded the video in slow-motion, which was very interesting because I had to sing the song 2.5 times faster! I had never done that before, and it’s definitely harder than it seems, but the result is awesome!” said Vales.

“Also, since we filmed during the second wave quarantine, we had to respect the social distancing and safety measures, which kind of affected the closeness I usually have with the other people on set. But in the end, I am super proud of what we’ve done.” admits Vales.

In addition to being a powerful singer/songwriter, actress, and supporter of fellow artists and musicians, Vales has created her own production company La Clic. Elaborating on La Clic, Vales explains

“La Clic is a video production company I co-founded this year with my childhood friend, Chloé McNeil. We met in an arts program when we were both 9 and 11 years old. It was the kind of special school program where you have normal classes in the morning, and you learn how to act, sing, dance, film and write movies/series, edit videos, etc., in the afternoon. We’re both super versatile when it comes to art, and we love to learn and try new things. Chloé had already been doing photography for over three years, and me, I had learned to edit videos for my personal projects, when we had the idea to join our skills together and create a production company. We made videos for Montreal artists for a whole year before we officialized La Clic, in June 2020. Since then, we haven’t had a single day off, which we are both super happy about! We’ve done a bunch of music videos, live performances, company launch videos, and worked for artists like Roch Voisine, Olivier Couture, Geneviève Leclerc, Andréanne A. Malette, Samme, and many others. We consider ourselves very lucky to use our creation skills every day.”

Check out the exclusive first look at the official video for “High” right here. “High” is also available now on all digital platforms. With new music, Vales hints that there is always more to come. Keep your ears open for a possible EP in the near future.