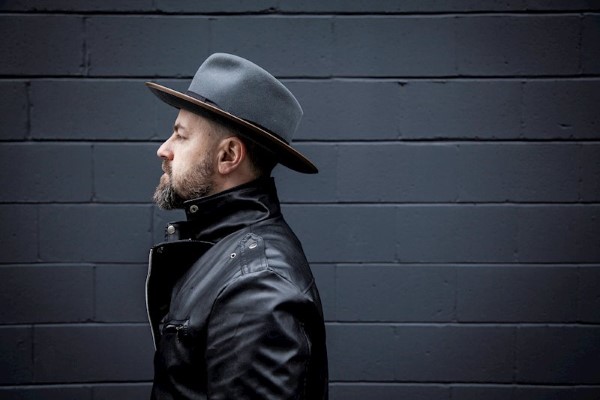 On October 23, 2020, Ontario-based artist, Paul Cafcae unveiled his new album, Miss July. He had previously released the lead single from the album, “Once Had a Girl“, which he shares on below.

“While playing at the Toronto Beaches Jazz Festival during a break between sets I was talking to a guitarist from another band. And he told me a story that began with these words: ‘I once had a girl she was 6 foot 3.’ It immediately fell into the rhythm with me so later that night when I got home I laid a quick and dirty draft track with three verses. The chorus then came naturally as a means to tie in the awkwardness of these seemingly mismatched relationships. It’s the first time that I’ve tried to keep the music very light, maybe even cheesy, while navigating a very sensitive social issue of body shaming. I like to put positive social messages in my songs but they are usually veiled with metaphors and euphemisms. This one is more direct: love is love, and nothing else matters!”

Check out the album, and find out more about Paul via our Five Questions With segment.

Hello world. I was born in the USSR, the city formerly called Leningrad, now known as St Petersburg. St Pete’s to Moscow is a bit like Montreal is to Toronto, so you get a picture of the culture. Now I live in Vaughan, Ontario. I have been in performing arts one way or another since I was 4. The reason why I enjoy writing and performing my music is that I feel like I’m doing my part at giving everybody hope. I believe that although we live in a challenging world, and sometimes it feels like it’s getting worse, as long as we are able to maintain the connection to our human emotions and can appreciate the beauty around us, we’ll be alright.

I grew up listening to The Beatles, Elvis, Roy Orbison, Elton John, and later, iconic blues guys like BB King, John Lee Hooker, and others. I guess you can hear some echoes of all these influences in my music. As for my writing style, I’m a bit like Leonard Cohen that way: I have notepads (digital, these days), where I write down lines and ideas as soon as they come, and whenever I feel inspired to make a new song. Sometimes just hearing a phrase puts my creative wheels in motion, which is the case with the lead single for this record, “Once had a Girl”. Generally, I try to write at least one new song per week. They are not all going to be great at this pace, of course, but I know that songwriting is a muscle that needs to be exercised regularly.

Basically, writing and doing online live streams. When the lockdown started in Ontario, I streamed 34 shows on Facebook alone, for 34 consecutive nights. I called those series “Live from Quarantine” and the goal was to continue to provide some entertainment and fill the hope for people during these uneasy times. I played my originals and also a lot of covers for all tastes. My friend Courtney O’Connor, who owns a video production company in Toronto made a nice highlight reel from those 34 shows.

I also started working on some new songs, for a new record which I plan to call “Quranatine Blues.” I am still working remotely with the musicians and the production crew to make it happen, but you will start seeing some singles released from that one pretty soon.

In late July when the venues opened up I did a mini-tour for a dozen small shows in Ontario, including some towns in the Greater Toronto Area, as well as London, and Ottawa.

This is tough, it’s like picking a favourite child! But I think if someone insisted on taking in as much of my art as possible in one deep inhalation, I’d say it has to be Keep Thinking of You. I think It may be because of so much authenticity, that went into writing and producing this song and its music video, that it has won awards and all the praise from the fans.

Frankly, I am obsessed with Canadian artists! My latest discoveries are Corb Lund from Alberta and David Myles from New Brunswick. I know they’ve been around for a while, but I just came across them about a year or so ago and have been listening to their music almost non-stop. But I’m in love with a lot of other Canadian artists. I have a special playlist of just Canadian music that includes such artists as Civil Wray, Tia Brazda. Dan Mangan, Royal Wood, Bruce Cockburn, Ron Sexsmith, The Grapes of Wrath, Doug and The Slugs, Luke Doucet and Melissa McClelland (individually and together as “Whitehorse”), Colter Wall, The Willows, Kathleen Edwards, Rufus Wainwright, Julian Taylor, Lennon Stella, Angela Saini, Chanelle Albert (whose song “Running Through the Streets” I covered on this record), Lindi Ortega (who I think is one of the most genuine contemporary country artists), Keegan Chambers (congrats on winning the FACTOR grant Keegzter!) Jaqueline Tucci, Whitney Rose, and many many more. There is so much talent in this country, it’s unbelievable!