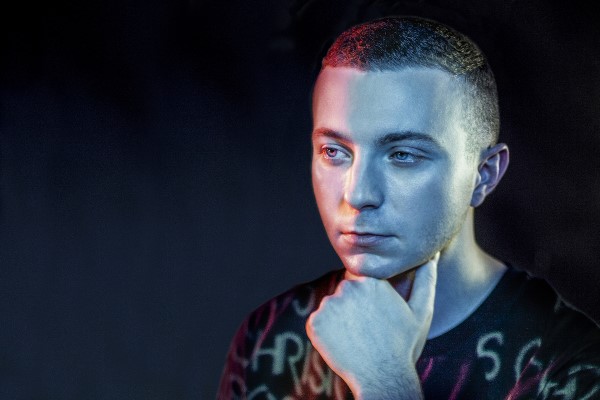 Vancouver, BC-based pop artist, Christos has unveiled his new single, “Numb” which follows the success of his debut single, “Boomerang“.

The pop-rock track is the perfect song to get over any heartbreak. Of the single, Christos says,

“With “Numb”, I wanted a song that would empower people when they listen to it and make them want to sing and dance along. It’s about being broken up with but carrying on and going out to have fun instead.”

“Numb” was produced by Darren Grahn and written by Christos along with multi-award winning producer/songwriter, Adam H. Hurstfield, and Don Wolf.

Check out “Numb” below and find out more about Christos via our Five Questions With segment.

Hi! My name is Christos Shaw, I am a singer from Vancouver, BC, and currently signed to Appreciated Music. I began acting and singing at the age of 7, and spent most of my teenage years working in television movies. I stopped acting and attended college/university, but I wasn’t happy with that decision and had the constant urge to return to the entertainment industry. While I was in school for Radio Broadcasting, I decided it was time to pursue a career in music.

In 2018, I began co-writing and recording material for my upcoming EP, and that leads us to today. I released my first single, “Boomerang” in June, and my second single “Numb” just dropped on October 19th. Aside from music, I am a huge foodie, lover of fashion, traveling, and interior design/architecture.

I call my style “pop music with an edge.” My music is mostly influenced by my favourite artists and songs from the early-mid 2000s. Most of my music is upbeat, I want it to reflect who I am as a person. I like my writing sessions to be very collaborative. As a new artist, I believe I still have a lot to learn as a writer; therefore, I love working with others and being a “student” to writers who have a lot of experience. I also think two (or three) opinions/ideas are better than one. I usually bring a story or a scenario to a session with some rough lyric ideas and we build the song from there. Rather than writing songs that are overly personal to me, I try to create music that everyone (including myself) can relate to.

I do not have any upcoming shows or performances due to the unfortunate ongoing situation with COVID. However, by the time artists are able to perform shows and tour again my full EP will hopefully be completed and released. I am excited for when that time comes because at least I will have a full set of songs to perform by then.

The song I want to say hasn’t been released yet, so I would definitely have to suggest my new single “Numb” to any first-time listeners of mine. “Numb” is the perfect example of who I am as an artist at this time of my life. It definitely sets the tone for what to expect with the rest of my upcoming music. I call it an “emo-dance” song- it’s a lot of fun and I am incredibly proud of how it turned out.

My favourite Canadian artists/bands will always be those I grew up listening to. These include Avril Lavigne, Nickelback, Nelly Furtado, and Hedley to name a few. A lot of these artists are who sparked my interest in music from a young age.