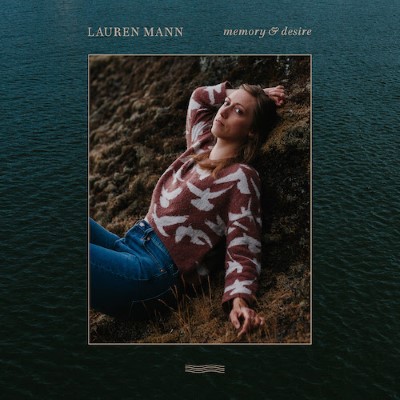 Lauren Mann has released her fourth studio album Memory & Desire. The new release is available now on all digital platforms. To celebrate this special occasion, Mann is releasing the video for the album’s third single “Don’t Make a Mountain.” You can watch the new music video below.

It was Mann’s longtime friend and collaborator, Ross Bodenmann, who had the idea for the “Don’t Make a Mountain” video, which they filmed together in Comox Valley on Vancouver Island over the summer.

“I often tend to worry unnecessarily, so I wrote this song as a reminder to myself when I feel anxiety creeping in to take a deep breath, plant my feet firmly on the ground, and remember the bigger picture.” says Mann. “The video shows two contrasting characters, one who is lost and weary of the journey, and the other who is pushing through the obstacles searching for beauty and truth.”

Mann wrote the songs that make up Memory & Desire over the course of four very formative years, both personally and creatively. Mann explained that she was finding herself again as a woman entering her 30’s, and as a songwriter and musician, she was soaking up influences from the albums she was listening to at the time from Jordan Klassen, Luca Fogale, Rose Cousins and more. During that time Mann was also learning covers of the classics: Gordon Lightfoot, Carole King, Leonard Cohen, and Beth Orton at local community jams on Pender Island.

“When I was introduced to a Harmony tenor guitar from the late 60s, my songwriting and sound began to centre around that.” explains Mann. “After years of sitting with the songs, writing and rewriting, trying them live, and making demos, the recording process with producer Josh Rob Gwilliam was simple and organic. He helped bring the songs to life in my home studio using various organs, pianos, and other instruments I have laying around and crafting a sound that is as expansive as it is grounded.”