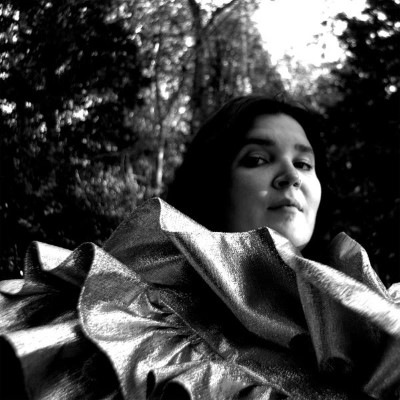 Kim Harris has premiered a new music video for her song “Keeper.” Just ahead of a sold-out hometown show in Halifax, NS Harris is also celebrating the release of her latest album, Heirloom. The video for “Keeper” was unveiled by Harris. The music video embraces a decidedly analogue aesthetic that beautifully frames the track’s wistful lyrics. “I would keep you / If it were up to me” Harris sings from an old TV precariously placed throughout the Newfoundland wilderness. You can watch the video below.

“When the Atlantic Provinces opened up to one another in July, my partner and I travelled home to Newfoundland for a month. In one of my dad’s many sheds, we found an 8mm camera I couldn’t remember having as a kid that was filled with footage of my family. It was the first time I saw my mom on video since she died in 2005, and was extremely overwhelming. Her movements, her laugh, her voice — it was as if she was speaking directly to us through space and time” Harris says on the making of the new video.

Harris continues; “My partner, Olivia, began making a video for Keeper with that camera almost immediately. She used a little TV from my childhood bedroom and carried it to some of my favourite spots on the land and water surrounding my dad’s home. The point where he fishes every day, where he picks berries on the hill, his magical pony, and where he hangs clothes on the line with the most gorgeous view. Mixed in are moments from visiting the aquarium in Toronto a few years back, when I was struggling with whom and where to be and belong to. “Keeper” was a song that had a large, vague meaning for me, and now exists in holding grief, the essence of my dad and all that he has made, and parts of an old self, created by someone who sees and loves me.”

The lush title track of the album opens with a slow-burning tradeoff between guitar and piano before cascading into a massive, powerful chorus that conjures a visceral reinstatement of self-power.

“The song is an acceptance of the idea that after massive upheavals, some of us have no choice but find a way to continue to live in the destruction, mining ourselves for energy we have carried over lifetimes to keep us alive and moving forward.” says Harris.

If “Heirloom” and “Uproar” present a dichotomy of emotional spectrums, “Once You Were Wondrous” strikes a fine balance. Soaring atop pulsing piano and a driving beat, the radiant song takes a powerful stance against stereotypical portrayals of body image in the name of radical self-acceptance and love. Heirloom is available now via LHM Records.