Home / Promos / New single “Obvious” from May Wells out today!

New single “Obvious” from May Wells out today! 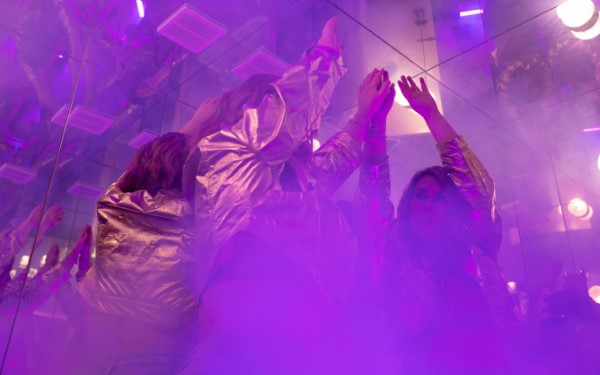 May Wells has released her brand-new single, “Obvious.” The fun and catchy new tune is available now on streaming platforms such as iTunes and Spotify. To celebrate the release of the song today, Wells will also go LIVE on the Canadian Beats official Facebook page at 7:00 PM (GMT) for a special performance of the new track. “Obvious” is produced by LucaTheProducer and is Wells’ follow up to her 2019 singles “Cologne,” “Like U Do” featuring Will Murphy, and “Je ne t’oublie pas.”

Wells explains that the inspiration behind the new song itself is quite obvious;

“I went on a date “covid style” with a guy where we both kept our distance and simply talked for three hours. We really clicked that night and I realized that it was the first time in a long time where I felt positive about dating! He had to go far away after that night and we ended up staying touch over Facetime/social media. I wanted to talk about my obvious feelings for him and how I felt really happy about all of this. I thought it was time to stop being angry at love and write a happy song about this.”

Touching on the struggle to produce new music during the current pandemic, Wells told Canadian Beats how the new song got started with her new producer;

“Lucas (LucaTheProducer) and I started the writing process on Facetime. We built the whole structure, basic chords and melody that way.” Despite being longtime friends and musical colleagues this marks the first time that Wells has worked with LucaTheProducer for her music. Wells says “For this song, I decided to collaborate with a Lucas. We met 10 years ago when we were both in our pop-punk bands, doing some “contest shows” like Battle of the Bands. When he started producing, we wanted to collaborate for the past three years but never got the chance. When everything got paused because of covid, it seems like it was the perfect timing to try something! It felt great to work with him because it felt like I was writing again with a bandmate!”

Working with someone new can often be stressful for some artists, but for Wells she found the experience positive the result turned out a really great tune.

“Working with Lucas was exciting and yet familiar! We already knew each other from our previous bands/projects. We were friends first and then, we became collegues!” explained Wells.

Wells would like her fans to see “Obvious” as the next musical chapter in her library. She hopes that it will bring them a smile to their faces and that they dance to it!

“I want them to know that if they were ever unlucky, like me, in the dating department of their lives, there are some good times ahead of them and that they have to keep an open heart to future beautiful experiences. Writing this song helped me believe that too.” Wells adds.

Wells is planning on releasing an accompanying music video for “Obvious” as well as an orchestral/stripped down version for her fans to enjoy. Wells plans on releasing regular musical content, so stay tuned for more songs in 2021! Don’t forget to catch Wells performing live on the Canadian Beats official Facebook page at 7:00 PM (GMT) tonight, October 23, 2020.