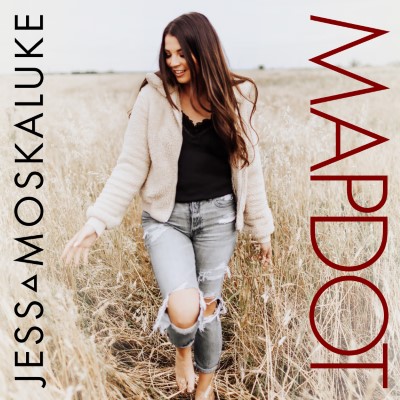 Platinum-selling, multi-award-winning country music superstar Jess Moskaluke was born in, grew up in, and has made for forever home in Langenburg, Saskatchewan. She is now honouring her hometown pride with the release of her newest single “Mapdot.”

Moskaluke has achieved yet another major milestone in her career with this tune  – it’s one that shows just much she appreciates the special place that she calls home. “Mapdot” was written by Zach Abend, Jess Moskaluke, and Liz Rose, and produced by Corey Crowder, an ACM, Billboard Music Awards and GRAMMY nominee. Once again, Moskaluke’s incredible, powerful, pure voice truly has resonated throughout this straight from the heart, love for where you live, and why you live there tribute song.

“It took me years to write this song. What I mean by that is that I’ve always wanted to write a tribute to my hometown, but I wanted to get it right. I waited until I had the right idea, the platform, and the songwriting ability to give this song, and this town, the credit it deserves. I hope when you hear this song, it makes you think about, and appreciate all the small details about what make your own hometown so special.”

Another notable achievement recently took place for Moskaluke with her taking to the stage (at the Burl’s Creek Event Grounds in Ontario) on the 2020 CCMA Awards national broadcast on September 27. As part of a star-studded lineup, she sang her well-earned first #1 single “Country Girls.” You can see the joy in her eyes throughout her performance.

To watch Moskaluke’s performance of “Country Girls” during the 2020 CCMA Awards, click here.

“Like a moth into a fire”, you will be drawn into the magnificence that is Jess Moskaluke