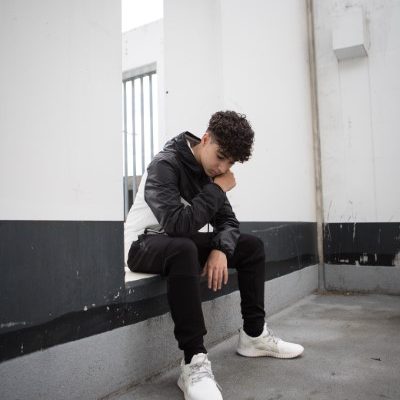 Canadian pop-R&B singer, dancer, and actor, Azym has unveiled his new single, “One and Only” featuring Kalista.

“This is about a bad relationship that was toxic, indecisive, and hurtful,” Azym shares of the track’s meaning. “The couple push and pull each other in different directions and, in the end, only destroy it.

“Obviously after a relationship ends, you feel kinda bad about it,” he continues of the song, which features Kalista Wilson as the muse. “In situations like this one in the song, though, it really is about realizing it’s better to have nothing at all than to stay in a relationship that’s not working.

“With a relationship that is as bad as the one in the song, it’s better to let go, move on, and grow.”

Check out the video for “One and Only” below and find out more about Azym via our Five Questions With segment.

I am a 16-year teenager born and raised in Ottawa, Ontario, Canada who loves singing, acting, and producing a new genre of music. To be honest,  music runs through my veins.  As I remember, in my early years as a kid I loved singing and dancing to music from Michael Jackson, Elvis Presley, and Tom Jones, of course at times putting my own touches and twists to make them my own.  In grade 2, my music teacher suggested to my parents that I should take vocal lessons saying ‘I think there is something there,’ a natural talent to nurture and grow.   Now my musical influences include artists like The Weeknd, Justin Bieber, and Drake just to name a few. So, in short, I truly believe that music has always been in my heart and soul,  and continues and will always be a part of me.

My previous singles include ‘Open Up’ and ‘Feel The Groove’ both receiving thousands of views landing me an official nominee of the American Songwriting Awards in 2018, and a semi-finalist in the International Songwriting Competition in 2019.  Early in 2020, I was hand-picked to audition for America’s Got Talent, and soon after that I participated and won silver at the 2020 World Championships of Performing Arts.   My debut performance which really paved the path forward for me was in 2016 in New York, USA at the New York City Internatnatinal  Modeling and Talent Association (IMTA) in which I ended up a semi-finalist in singing and acting categories.

I now perform regularly, with more than 30+ live shows (pre-quarantine), and recently I appeared on ‘Rogers Live Daytime Ottawa TV’ as a fundraiser for the Children’s Hospital (CHEO) in Ottawa; also participated in an exclusive interview with the Pacific Northwest Radio for ‘Make a Scene Canada,’ and look forward to more to come.

I’m very interested in the R&B/Trap genre and my inspirations include ‘Bryson Tiller’ and ‘The Weeknd’ of course.  I listen to a variety of artists from different genres to inspire me but I like to write about relationships and the many problems with them.

Recently because of the Coronavirus  I have performed for a variety of ‘On-Line’ venues such as the 2020 WOCOPA (World Championships of Performing Arts)  and was a silver medalist;  it was done online this year but is usually a real-life competition.  I also had the opportunity to be part of Youth Day 2020 FestCast Virtual as a Youth day Youth Ambassador; this is an event I have been a part of for the last four years and it is normally held ‘live ‘in Toronto in the famous Dundas Square.  There have been other online events such as ‘Buy Local’ that I was invited to take part in virtually as well.  I certainly prefer the excitement of a live show, but I am thankful that I was able to perform online this year because at the end of the day the show must go on!

At the moment besides doing my homework for school, I’m focussing on writing five (5) new songs for an EP which I would like to release in 2021.  I am also working on practicing and perfecting songs for my shows for when the day comes that we can perform to a live audience again!.  Spending time on social media posts to stay connected is another thing I love to do.

I would suggest listening to ‘One and Only’ as I believe currently it is a demonstration of how I’ve grown up in the past years and shows my maturity now compared to ‘Open Up’.  Especially now when I look back at my first original song ‘Feel the Groove’ when I was almost 10 years old,  I didn’t know exactly the vision that I wanted.  I believe that ‘One and Only’ captures the full realization of my voice and where I want to take my songs in the future and of course improve on them as well.

My favourite Canadian artist consists of my personal favourite ‘The Weeknd’ due to his incredible voice and extremely dark and unique style.  My second choice would be ‘Drake’ commonly known for rapping but has an extremely beautiful singing voice.  I would suggest listening to any of the songs on the album More Life’, ‘Teenage Fever’  is also a great one.  Another one of my favourite Canadian artists is ‘Jessie Reyez’  who has one of the most incredible voices of today in the Canadian music industry and is a true staple in my eyes as a very talented vocalist.