The Western Swing Authority release video for “This Old Bar” 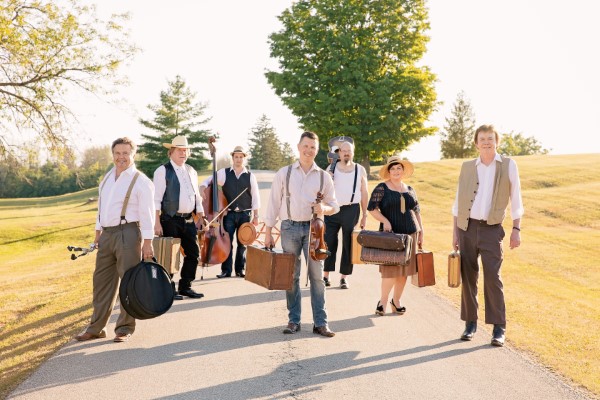 The Western Swing Authority, Canada’s most recognized and awarded authentic Western Swing group have released a video for their new single, “This Old Bar”.

The video highlights both the love and comfort of your favourite bar while confronting the cold, harsh reality of those places during the worldwide pandemic. It also addresses the lack of places for people to hang out with friends or see their favourite bands.

“The song was originally written about the Commercial Tavern in Maryhill, Ontario, where we first played together as a band, but the song could really be about any bar that is near and dear to the listener,” says Western Swing Authority Frontman Shane Guse.

“Then COVID-19 happened and the Commercial Tavern, which first opened its doors in 1854, closed as part of the shutdown. Our good friend and country singer, Paul Weber, who owns the Commercial Tavern, and who is one of the guest performers on this song, was left with a very uncertain future. It was very obvious that musicians and the venues we play were all facing a very similar plight. No shows, no crowds, no way to make a living. So, we started thinking about how we could address this within a video.”

WSA and their label, Curve Music, started sending messages to venues all over North America to see if they would be willing to send footage of their venues sitting and waiting with no bands and no people inside. Some had closed their doors permanently before they could get this done and some were boarded up during lockdown leaving them unable to enter. However, many did send in pictures and videos for which we were very grateful for. As more time passed working with the compiled images, the band began to realize the message here was only becoming more poignant.

“We hope that this song and video will touch as many people as possible and help them to realize just how much these bars, venues and the musicians who play in them need their support. Everybody has their favourite old bar. We sure miss ours.” says WSA Frontwoman Stacey Lee.