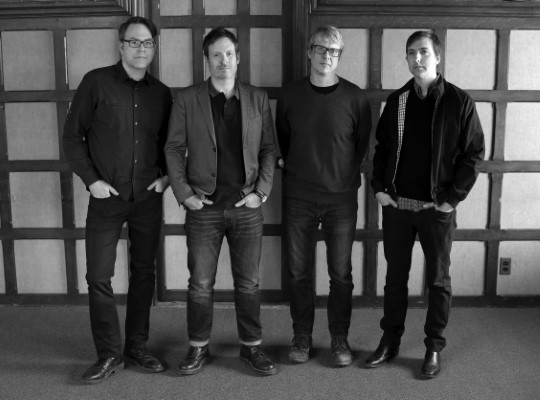 The band’s self-titled debut album was released on June 26, 2020, via Disintegration Records, and featured singles, “Peter Sellers” and “Minor Hesitation”.

Now, we have teamed up with them to unveil a video for their newest track, “Inclement Weather”.

Rod Slaughter, and the band is Silver Clouds

I’ve played music for some time, primarily with two groups prior to Silver Clouds – Duotang, a very minimal bass band of only bass and drums, and Novillero , a more orchestrated pop band. Silver Clouds is rather a combination of the two – energetic pop music with a bit of a 70s UK influence.

Unfortunately no. This outfit has never played a show as Silver Clouds (although many of us were in Novillero together). We had a few opportunities in September in our hometown of Winnipeg for our inaugural show, but Covid had other plans..When we do play (hopefully in the spring), I think it’s safe to say it will be a rather energetic set driven by piano and drums, great rolling bass, atmospheric guitar, some moog-like synth, and lots of harmonies.

I think “Peter Sellers” – very upbeat and frantic song about my favourite actor at his lowest point.

Wow – I have lots. I used to be on Mint Records who has tons of great bands including the New Pornographers. From Montreal I really enjoy Elephant Stone. The Garrys from Saskatoon are a great up and coming trio. The Wet Secrets from Edmonton. Winnipeg has a great young band called Boniface. I’m sure as soon as I hit ‘send’ another 30 year come to mind!