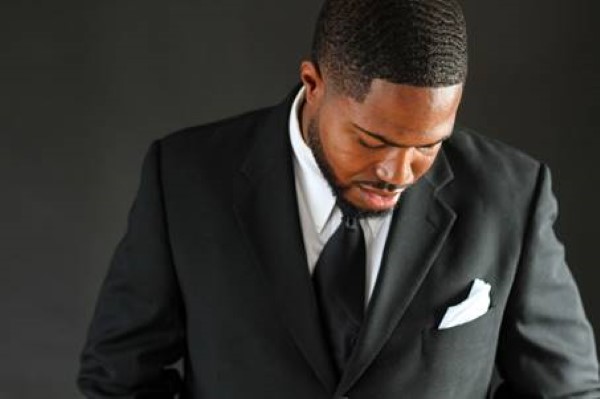 He’s been in and out of jail since his teen years, and he also turned heads when the story of identifying his mother to police in relation to an acid attack on a three-year-old boy hit the local news in 2015.

“The writing of ‘Joanna’ comes from the time in my life when I was a pimp, for a lack of a better word,” he shares. “I grew up in Malvern, which was a troubled neighbourhood, and my mother tried to steer me on the right path by making me attend church and participate in the choir. The lure of street money was overwhelming, though, and I never was in a long term relationship with a woman if monetary gain wasn’t involved.

“Joanna’ was a person I met in high school who I had a deeper rapport with,” he continues. “More than any other woman I’ve ever known. She was the ‘square’ best friend I could talk to about subjects most criminals would find boring and uninteresting, and she was a consistent, steady person in my life of chaos.

As the online escort business started booming in the late 2000s, I got involved. The money was great but I always felt like something was missing in my life on a personal level. I felt if I got ‘Joanna’ involved in what I was doing, I could have the best of both worlds — someone I could build a future with both business-wise and personally.

Not too long after she decided to work as an escort, I caught a gun charge and was sentenced to five years in the penitentiary. I had centred my life around another woman that also worked as an escort, but I felt more of a romantic and personal connection with ‘Joanna.’ I decided to gamble on love and shift my focus, but it was the biggest mistake I ever made on both a personal level, and as a business decision.

Sometimes you can’t have it all, but it makes for good writing and life experience.

You live and you learn.”

Check out “Joanna” below and find out more about Mayne Champagne via our Five Questions With segment.

My name is Mayne Champagne. I am an R&B artist based out of the east end of Toronto (Scarborough). I started as a producer under the moniker “Jimmy Jump” or “Jump” for short. I produced for Drake on his 2nd mixtape “Comeback Season”. Another notable artist I have worked with is Sheek Louch (of the platinum group “Da L.O.X”)signed to Bad Boy Records. For the past 4 years, I have been recording as an artist. My style is a mix of the current trap soul style mixed with 90s R&B undertones

I stay creative by constantly writing songs and television/movie script ideas. Currently, I am in talks with networks on developing show(s) based on my previous life experiences in the streets as a hustler/armed robber/pimp.

If I had to choose one record/music video it would be “Only In Toronto”. It basically sums my life in a nutshell. The highs and lows of a street hustler that has been in and out of prison since his adolescence and half his adulthood.

My favorite artists are from a wide array of genres that cover rock to dance to reggae to hip hop. My favorite Canadian artists would be Nelly Furtado, Drake, Alanis Morrissette, Nickelback, The Weeknd, and Rush.