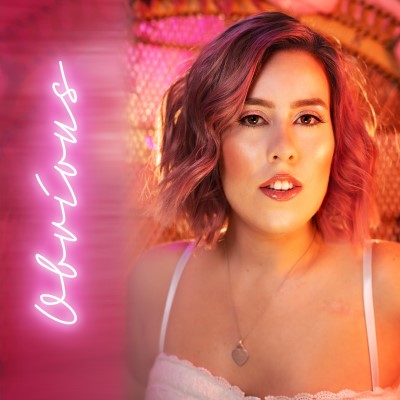 May Wells is set to release her brand-new single, “Obvious” on October 23. In addition to releasing the song this Friday, Wells will also go LIVE on the Canadian Beats official Facebook page at 7:00 PM (GMT) for a special performance of the new tune. Eager fans can pre-save/add “Obvious” now on their favorite digital music platform here.

“Obvious” was produced by LucaTheProducer and is Wells’ follow up to her 2019 singles “Cologne,” “Like U Do” featuring Will Murphy, and “Je ne t’oublie pas.”

Since 2016, Wells has been embarking on her own path as a solo artist. That year Wells launched her first EP consisting of four songs. The first single “We All Want Love” opened the doors for Wells to English fans across Canada. Wells was named Bell Media’s Future Star of March 2017, and her song quickly became a radio hit, propelling her to 25th position on the prestigious Billboard BDS Main AC. To date, the song has over 500,000 streams. With the release of her song “One Night,” Wells continues to see her talent highlighted in the Pop Song of The Year category alongside five other very talented artists at the 2018 Independent Music Awards in New York. “One Night” to date has accumulated more than 120,000 streams on digital platforms. Wells last three singles “What’s Up BIG BOY?,” “One and the Same,” and “Like U Do” have accumulated more than 600,000 streams on Spotify alone.

With the release of “Obvious” coming up, we are super excited to hear new music from Wells. Wells is definitely an artist to watch. With her strong and creative mind, the young artist pushes her music into new directions constantly reaching for a bigger and better sound. Wells has been teasing fans on social media with the new song, and her fans have been waiting patiently in anticipation. Pre-save/add “Obvious” here. Wells will go live on the Canadian Beats official Facebook page at 7:00 PM (GMT) this Friday, October 23, 2020.