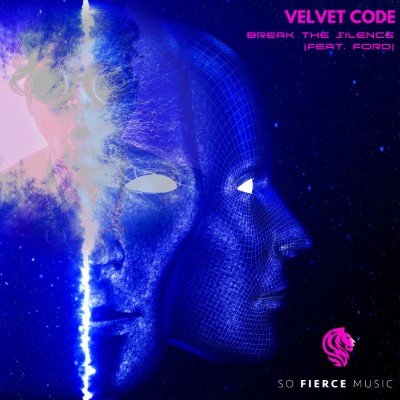 This release marks the first on Velvet Code’s new LGBTQIA+ music label, SO FIERCE MUSIC, and is a follow-up to the artist’s official remixes of Lady Gaga’s “Sour Candy feat. BLACKPINK” and “Stupid Love”, released earlier this summer.

The release is also accompanied by a haunting new music video, in which Velvet Code artistically conveys people’s struggle with isolation and mental health while under quarantine.

Velvet Code and FORD first met through a label executive, with Velvet quickly becoming obsessed with FORD’s use of bass and drums. FORD’s extensive experience (with credits on over 375 releases, including 56 Billboard hits) is evident in this new production of ‘Break The Silence’ and was driven by FORD’s initial reaction to the lyrics and message of the track.

“What grabbed me first were the powerful lyrics; totally my kind of anthem,” says FORD. “I wanted the music to match that anthemic vibe with an infectious pounding swing, the kind that makes you drive a little too fast.”

Check out the video below and stay up to date with Velvet Code via social media.