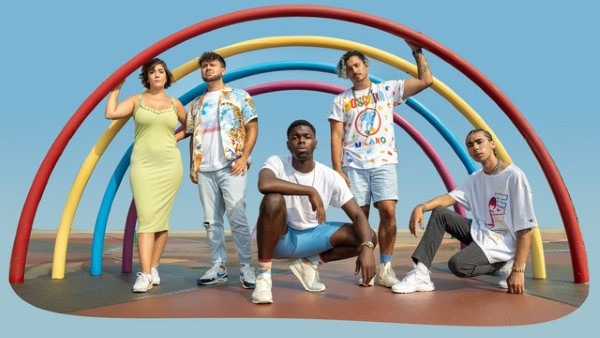 Emerging Toronto-based boyband The Free Label excites fans with the release of their new single, “Toys”.

Produced by Gabe Gallucci (Shawn Mendez, Francisco Yates, Johnny Orlando, Ezra Jordan) and featuring Spanish singer Oleyada. “Toys” tells the story of a “situationship” destined for failure, but with the passion and chemistry that will never be repeated. “I’m not ready for this thing to end, but you’re breaking all your promises” – sings lead vocalist, Josh Daniel, as he chides his love interest, while ironically foreshadowing their destined demise.

“Toys” captures the signature emotional honesty and charm woven throughout The Free Label’s music, possessing an incisive ability to wind its way into the hearts and minds of listeners. The infectious dance-pop beat and the accompanying bounce-like rhythms, combined with the soulful and complex vocals of Daniel and Oleyada – mark The Free Label as a group that has so much more to say.

On the new single, The Free Label says:

“There are so many songs about relationships out in the world already, but this is our truth about the reality of modern dating. The word “Toys” felt like the right way to title a song about experiencing the “grey area” of dating in the 21st century.”

Prior to the release of “Toys”, The Free Label released the 2020 eight-song EP, “M.I.A”. The EP encapsulated the raw, upbeat, revelatory spirit of their live show, and brought it directly to streaming services.

The release of “Toys” signals The Free Label’s growth into a world-class artist, ever-evolving and using their voice to normalize much-needed conversations about race, mental health, and relationships. The band strives to build a safe space for listeners to embrace when they’re feeling alone during dark times of lingering negativity, struggles with apathy, and other tremulous emotions.

The Free Label is an indie-pop band that makes music so you can have a good time. Consisting of four members: Josh Daniel (lead vocals, lead guitar, saxophone), Mathew Fantini (bass, backing vocals, production), Cole Mendez (keyboards, organ, synthesizers), and Malik Mungo (drums, guitar). The Free Label is reclaiming what it means to be a boy band in the 21st century.

Breaking into the mainstream in late 2019 with their debut single “All Night,” which has since surpassed 600,000 streams on Spotify. The band has released three self-produced albums, were top 10 finalists for 102.1 The Edge’s “Summer Song” contest, top 100 finalists for CBC’s Searchlight contest, headlined at Canadian Music Week and Beaches Jazz Festival, and have toured all over the world.