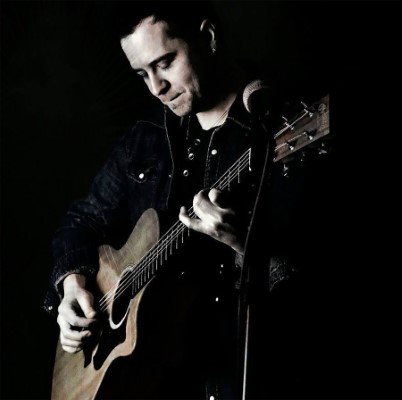 London, ON-based singer-songwriter, Joe Borowsky released his new album, UNITY on October 16, 2020, along with a video for the single, “Simple Simplicity”.

Check out the video below and find out more about Joe via our Five Questions With segment.

My Name is Joe Borowsky and I’m a singer-songwriter from London Ontario Canada. I recently was awarded Top Singer-Songwriter at the Forest City London Music Awards. I am about to release my 4th full-length album since 2015 and I own a music school where I’ve taught hundreds of students and artists how to become better singers, guitarists, and songwriters.

My music comes from somewhere I’ve never been able to explain properly. When I write, I freestyle write and many times the full song will come out the first time around. Other times I have to go back to see what it was I was trying to say during that writing and creative moment. I would say my music is my therapy and I’m always inspired to write in order to cope with day to day life. My genre is in the singer-songwriter category but I’ve been highly influenced by rock, pop, and adult alternative music.

With 2020 being a year where shows have been widely canceled and postponed, I’ve been doing many online shows on my YouTube Channel and occasionally also on Facebook. I have some private gigs planned for late 2020 and early 2021 but that depends on restrictions.

That is very difficult as my songs do have some variety, but I am very proud of my latest album, and the song “Simple Simplicity” would be a suggested listen as I think it grabs ahold of a mix of my sound. My newest album and that song became available on October 16, 2020!

Well, I always have to mention The Tragically Hip as they have always been iconic to me as a Canadian Artist. I’m also highly influenced by Neil Young, Leonard Cohen, and Blue Rodeo. Blue Rodeo was actually the first band I saw live as a child and is a memory I will always remember!