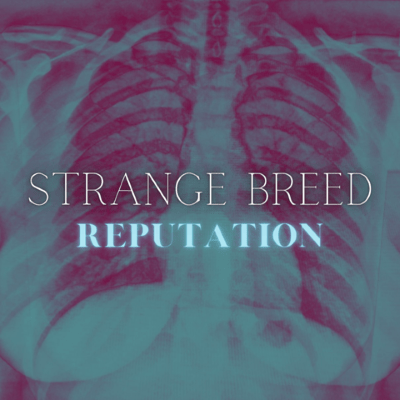 Vancouver rockers Strange Breed have unveiled their new single, “Reputation”. The stand-alone single follows their 2019 album, Permanence. It centers around a disturbingly common modern-day scenario of an individual having their drink drugged by date, and being taken advantage of.

“Reputation’ features Strange Breed’s signature powerhouse vocals, walls of guitars, memorable riffs, feral vocals, and intricate drums, yet it is simultaneously catapulted into a new league of grit and ferocity for the band. Along with the anthemic and timely line “It’s my body, don’t remind me”, listeners can expect searing guitar riffs and solos, heavy & harsh rhythm sections, and a chorus they will be humming for days.

“it began with the main guitar riff. It sounded really sinister, and we knew right away that we wanted to keep the entire mood and theme of the song very minor, harsh, and heavy. After all, in a universe where there’s a known predator in the US office running and influencing essentially the planet… what is more appropriate to discuss than date r*pe? What is more sinister than deciding what is going to happen to someone else’s body without their consent? Once we brought “Reputation” to the studio, we knew we wanted it to be an entire assault on the senses, and I think we, along with our producer Darren, achieved that. We’re very proud of this track, and we hope everyone enjoys “Reputation” as much as we do!”

In celebration of the single release, Strange Breed will be donating a portion of the proceeds from streaming and digital purchases of the single to Rainn.org by the end of this year. Rainn is North America’s largest anti-sexual violence organization that supports abused, battered, and homeless female-identifying individuals.

Check out “Reputation” below and stay up to date with the band via their socials.