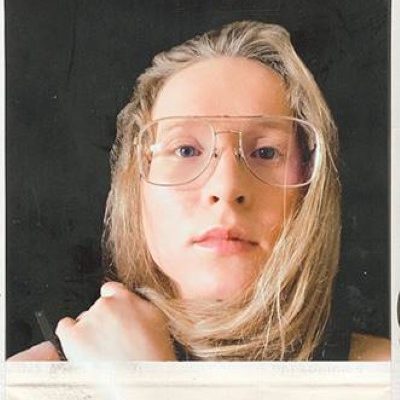 Edmonton, AB-based alt-pop singer-songwriter, Wallish is back with her new single, “The Last Time”.

“This song started with Troy Marshall coming to me with a new track he had composed,” the mind behind the music, Amy Wallish, recalls. “It was originally called ‘Abyss’ and it was pop-forward and trendy — everything I’m not, but I loved the edgy sound so I began writing.

“Listening to it brought up feelings of being lost in space and disappearing into nothingness,” she continues. “The truth is, this feeling was something I was used to. I have never been a very stable person and, since late junior high, I was always very transient in my relationships. Then, I proceeded to go to five different high schools and move six different times between the ages of 18 and 21.”

While she doesn’t aim to push boundaries for the sake of it, Wallish prides her craft on not backing away from the uncomfortable and controversial in order to say what needs to be said.

“I’ve always been a bit of a loner, and that is where I feel most myself,” she says. “When I’m in relationships, I feel myself start to change which causes me to break and leave without feeling remorse because the person they knew was never actually me.

“Because of this, ‘The Last Time’ reflects on my personal history of being transient or flaky — all those times I moved to a new place, had the best time with strangers, made superficial friendships, and then left without a word.

Check out “The Last Time” below and find out more about Wallish via our Five Questions With segment.

The easiest way to start this is probably my name, so here we go: my name is Amy Wallish (aka Wallish). I grew up outside of Edmonton, Alberta on an acreage where my family has a greenhouse business which makes me a literal flower child. I totally embrace that too. I am one of those natural, earthy girls who make their own kombucha and dries lavender in their bedroom. I could call myself a singer-songwriter, but I like to refrain from summing up my identity with a title or an occupation. I am just a regular person who loves to write music, play piano, cook, run, and drink coffee – lots of coffee! I also am a regular person who struggles a lot. I battle mental illness and the daily complications that come with that, but that is where I find inspiration for music and a drive to impact and help other people who also face challenges in this life. I am also extremely passionate about helping women realize the inherent beauty they have. As an artist you put forth an image into the world that other people see and often try an imitate. So often in pop culture, this image portrays women in an unrealistic, hyper-sexual light. This can be so damaging for the women who are placed in that position and for the people consuming these images. Because of this, I make a conscious decision every day to fight the message that women need to look and act in a specific way. We are perfect the way we were created and nothing needs to be added to that in order to be considered beautiful or as having worth. I guess that’s my soapbox rant, I’ll hop off now.

When writing I generally start with a feeling – something I can’t express or put coherent thought to, so I sit down at the piano and find a chord progression or a lead line, and as I play it helps me simplify feelings and experiences into words. “The Last Time” was a bit different because my producer sent me the track first. When I write to a track I have to have the same experience, starting with an unprocessed feeling, the beginning of a thought, and then the music inspires that concept to come to fruition. It doesn’t always happen completely with one song. Some experiences are too complex to be explored and fully realized in a three-minute pop song, but that also leaves the listener space to put themselves into the piece and discover meaning for themselves, it might not be the artists intended meaning, but that is what I love about creating music – you never know what it will inspire once it is put out into the world. That is just so exciting to me.

Due to covid, there aren’t any music venues open in Edmonton at the moment. I’ve done a few online performances but nothing compares to the live experience. I love to entertain, just me, the piano, a microphone, and everyone else just has to listen to my nonsense. I’m a bit of a quirky individual so I use that to break the ice and make people laugh between songs that are pretty intense and deal with heavy subject matter. Even though my performances can be emotionally heavy I always want to leave people feeling good or at least hopeful. Usually, I start off with some fun jams, some full stories, sandwich some meatier content in the middle and finish with something lighter. I want to make individuals think and process emotions, but that should lead towards a place of breakthrough and light. I aim to make my performances a journey for the listener and an honest portrayal of my life, both past, and present.

Currently, I have two singles out, though there is much more in the works, so I would suggest for the average listener to star with The Last Time. It’s a pop forward piece that is a bit more accessible than my previous single which leans towards the Avant-guard side of things. I’d like to think The Last Time is a song everyone can relate to – or at least dance to.

There are so many amazing Canadian bands and artists. To start I would have to say Half Moon Run is definitely my favourite, probably my favourite band of all time. I also love Wake Owl, Begonia, Nuela Charles, Dan Mangan, Tim Baker (incredible song-writer), Dominique Fils-Aimé, just to name a few.