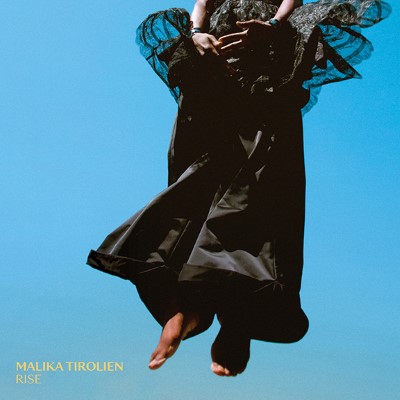 “This song is the celebration of change through unity and revolution,” Tirolien says. “It is the realization that we are living a historical moment: the rise of humanity’s consciousness and power.”

At first play, Tirolien’s soaring voice and conscious lyrics immediately set the stage for her forthcoming sophomore release — the second in her tetralogy marking the elements of Earth, Air, Fire, and Water — HIGHER.

Check out “RISE” below and find out more about Malika via our Five Questions With segment.

My name is Malika Tirolien and I am a singer, songwriter and producer. Montreal based, I am from Guadeloupe and have been an artist since I was in my mother’s womb (at least that is what my dad says lol).

I am a part of several bands and projects so it depends.

Per example, with Bokanté, an international Grammy-nominated band that I co-lead with Michael League (Snarky Puppy), the music is considered as “world” but to us, it is a mix of blues, Guadeloupean rhythms, West African rhythms and Turkish/Moroccan influences. Bokanté has released two albums since Michael founded it in 2016 and the writing process for these two albums have pretty much been Michael and I writing the songs together by email or if we were lucky, on the same room.

We have a third album on the way and we are approaching the writing process differently as this time, the 8 members of the band are sharing their musical ideas.

With my upcoming second solo album that is a part of a tetralogy, my team and I are pushing a new genre called “HighSoul” that is a mix of R&B, Jazz, Hip Hop, and Soul. The first single ‘RISE’ is an example of what we are going for.

In terms of writing, I wrote some of the songs entirely, some others are collaborations with artists such as Bled Miki, Meryem Saci or Fredy V, and more.

Yes, I have some shows coming up in November (if they don’t get postponed like they have been for the last 8 months lol).

In this band, I sing the melodies that Jacques wrote in unison with the saxophone and sometimes harmonizing it. It is a really cool project and I like the music and the band’s vibe a lot because it makes me feel like I’m home (we are in majority from Guadeloupe and Martinique in the band).

That is a difficult question, as my show is perceived by people in ways that I probably did not think of.

That is such a hard question cause Canada is FULL of amazing talents.