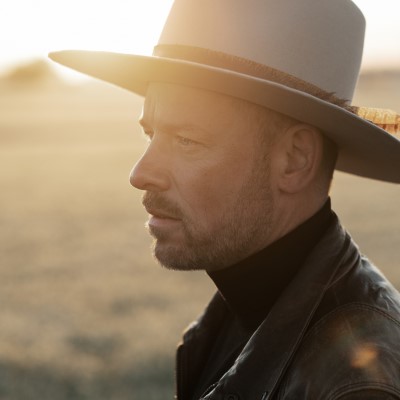 Quebec-based guitarist and musical director, David Lafleche, renowned for his work on La Voix (The Voice, Quebec), additional television shows including Canada Day show and ADISQ, festivals and award ceremonies across Canada, is set to release his debut album in 2021.

He unveiled the first single, “We Collided” on October 9, 2020. This modern country track was born in, arguably the greatest music city — Nashville, and the strength shines throughout. Featuring a full studio sound, David’s impeccable vocals are supported by richly textured arrangements of acoustic guitar, drums, percussion, acoustic bass, electric guitar, pedal steel, and soft delicate harmonies. We Collided showcases the immense quality that is to be expected of David Lafleche’s forthcoming debut album.

“We Collided’s music came through me like a lightning bolt,” describes David, “it felt like an out of body experience.”

While on a trip to Nashville to visit a good friend and fellow musician, Fred Eltringham, David purchased a 1998 Martin guitar that ultimately changed his musical path. The inspiration that poured out of David after only a few minutes of strumming on the guitar was unlike anything he had ever felt before. After sharing clips of his creation with partner, and high profile singer-songwriter Marie Mai, lyrics quickly fell into place, and thus  “We Collided” was born.

“I understand inspiration can come from anything, might it be the time of day, the weather, the person in front of you, or the place you’re traveling to,” said David. “Being away from home, in a city that erupts with musical energy, made me feel free as a bird and unlocked this creative process. Only then did my music start pouring out of me like an unstopping force of nature. I felt at that moment that this was just the start of many ideas to come.”

After listening to the single, only once, I was hooked. His voice is so smooth and draws you in immediately. On top of that, the music and lyrics have a calming and inviting feel, which makes it almost impossible to fall in love with this song.

Check out “We Collided” below and stay up to date with David via his socials.