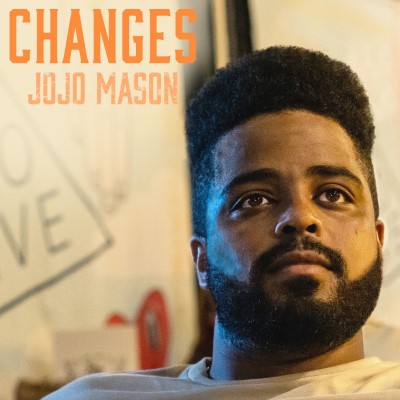 The course of JoJo Mason’s career over the past few years has been an amazing journey for this Canadian country music singer-songwriter from Victoria, British Columbia. He has five Top 10 tracks under his belt, starting with his first single “It’s All Good” way back in 2015. His long list of accomplishments includes multiple BCCMA Award nominations and two CCMA Rising Star Award nominations. Mason is once again ready to hit the ground running with the release of his newest six-track album, Changes, and it’s now available everywhere via 604 Records. Changes once again features Mason’s lively vocals and larger than life personality, while focussing on his evolution as a craftsman in his own right.

“This EP could be called ‘The Roller Coaster’ because that is exactly what you go through when you listen to these songs. I did my best to capture all of the good the bad and the different this year has given us. Different sides of me, who I am and what I am. I’m very proud of this one and hope people connect to these on different levels like I have.”

Next on what’s great in Mason’s life is the news that his single “Chemical” is closing in on 450K cumulative streams and continues to climb the charts at Canadian country radio, and adds to his impressive 24.5M global streams to date. It was the first release from Changes and was co-written by Mitchell Tenpenny, Lindsay Rimes, and Keith Smith.

If you’re a JoJo Mason fan, his extraordinary performance of his hit single “As If We Won’t” during the 2020 CCMA Awards broadcast on September 27 was a must-see. His dynamic and sparkling live energy performance was showcased to a national audience proved why this artist is becoming a favourite within the country music genre.

To watch JoJo Mason’s performance of “As If We Won’t” during the CCMA Awards broadcast, click here.

What an exciting time it has been Mason!