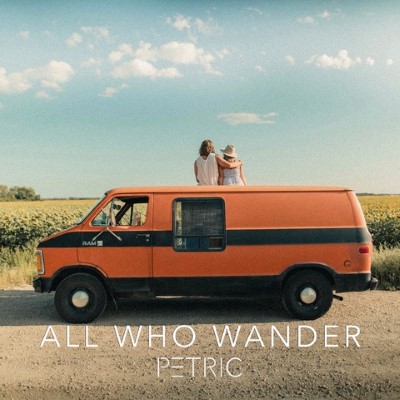 The craziness of the world we live in today has not prevented Petric from pushing ahead in their craft and to give their fans another essence of what they are all about. In a brief timeframe, Petric has delivered two singles. First, “Déjà vu” (in early September) and now “All Who Wander.” The release of “All Who Wander” must make their fans ecstatic. However, to come out with these two stellar tunes so close together … that is remarkable for both the trio and their fans.

“All Who Wander” brings to mind the wanderlust we are all feeling right, our strong desire to venture out in this world right about now. This ballad has a melody that is so uplifting that it will inspire you to get out there and experience “of all the beauty life has to offer.” This song makes you believe that “all who wander are not lost” and that there is something to look forward to.

Produced by Grammy-nominated, Canadian producer Chris Baseford (Meghan Patrick, Avril Lavigne, Nickelback), “All Who Wander” follows “Déjà Vu,” their single which captured the attention of the country music industry and their fans – a song that showcased their high energy, rich vocals, and alluring songwriting.

On the new release of “All Who Wander” the band notes,

“We’ve been sitting on “All Who Wander” for five years. It’s got such a beautiful and inspiring message, which is why we’ve always kept coming back to it. We knew now was the time to share this message with the world. Our hope is for anyone who hears our song can remember to have a little faith, and that better days are ahead.”

On a side note, wander over to Petric’s socials where you can share their post about the release of “All Who Wander” and tag your adventure crew to be entered into the #FlashbacksPrizePack.

In addition to “Déjà vu” and “All Who Wander,” Petric’s upcoming album Flashbacks

also includes their 2019 singles “Something To Do With You” and radio hit “Single Problem,” which earned over one million streams and was the highest-charting single by an independent artist in 2019 (peaking at #19).