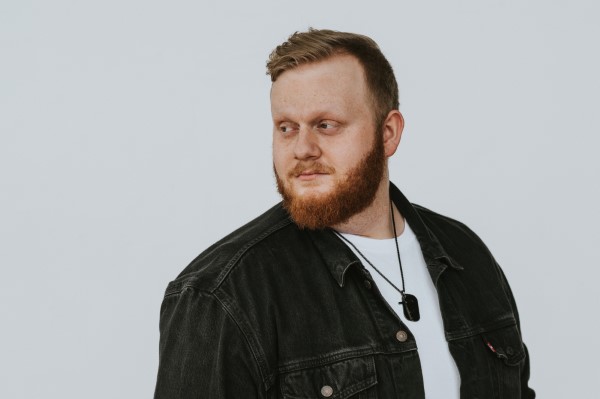 This has been the year of two choices, especially for artists: shut-down and keep quiet or keep the creativity flowing and let it out. Josh David chose the latter and is reaping the benefits! The Kitchener-born musician released not one, but two singles since March while also maintaining his performing chops (online) and staying connected to fans as best he can.

Your debut single, “Safe Place To Break”, saw some pretty incredible success including multiple playlists adds on Apple Music, Spotify AND Amazon Music, not to mention Canadian Country radio! What do you think drew people to the song, despite not yet being super well-known as an artist?

I think multiple factors played a key part to my first single. I have an amazing team behind me which definitely helped. When I wrote the song with my producer Jeff Johnson and my drummer Red Parker, we all wanted to create a song people could really connect to on multiple different levels. I think that definitely had a part as well in why so many people responded so positively to this song.

Next up is “Lonely Tonight”, a song you described being about “two people who find themselves in a whirlwind of emotions going back and forth to a relationship that they know just isn’t meant to be.” Did this concept come from personal experience?

It did haha. It was a few years ago I was with someone who I did love dearly, but it just wasn’t meant to be and after a while, it became apparent to both of us, we needed to end it.

You’ve covered some serious Canadian Country ground opening for Aaron Pritchett, Meghan Patrick, and The Reklaws! Which other artists would you love to open for/work with, Canadian or otherwise?

I’ve been very fortunate to have opened for these artists! Gosh, it’s hard to think of who to open for because I want to open for everyone! Haha. I would have to say my top three would be Garth Brooks, Hardy, and Tenille Townes.

I came across a few of your covers for “Cover Me Thursday” on Facebook! What inspired you to tackle the music of other artists? How do you choose the songs?

The song choice was easy for me. I just picked the songs that inspire me as an artist whether that be for writing or performing. The cover Me Thursdays were another way to stay connected with my fans and play some tunes for them virtually since live performances weren’t happening.

I plan to keep writing, continue putting out new music and performing online, and eventually in-person shows. Until then I’ll just keep connecting with new fans and continue to put out content that people can learn more about my influences and more about me.