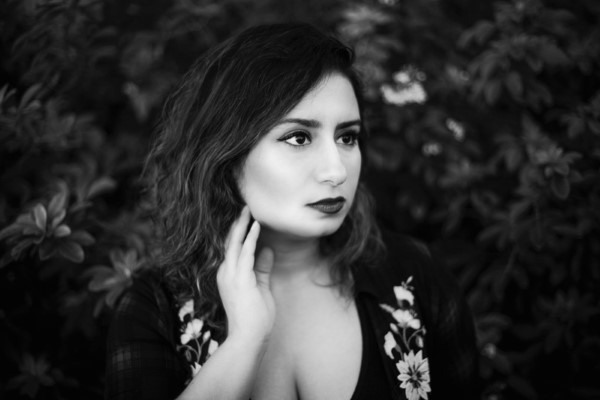 Vancouver, BC-based artist, Tissa Rahim describes her style as pop, RnB, jazz, alternative with a Middle Eastern flare. She comes from a multi-generational family of Persian musicians, which has been a major influence on her work.

“I come from a multi-generational family of Persian musicians,” says Rahim. “My mom and her dad are both Persian singers, so that was a huge influence growing up. But, because I grew up in the West, I also grew up listening to a ton of pop music, a ton of RnB, Hip-hop, so when I was about three or four, I remember sitting in my parents’ basement, listening to Googoosh and then listening to Michael Jackson in the same sitting […] Missing Love blends all these sources of inspiration and creates something new. It’s about the complexities of modern relationships.”

This past Friday, Tissa unveiled the first track from her sophomore EP, “Missing Love”. The song’s concept was a collaboration between Rahim and Vancouver-based artist, Young Friend.

Rahim will release one track per week, every Friday, starting today (release dates: September 25, October 16, November 6, November 27). The EP is a collaboration between Rahim and some of B.C.’s most esteemed studio musicians: Derek DiFilippo on bass, Tim Proznik on drums, Alvin Brendan on guitar and Harvey Paris on keys.

Check out the single below and find out more about Tissa via our Five Questions With segment.

Hi! My name is Tissa Rahim, and I am a Vancouver soul songstress with a Middle Eastern flare.

I come from a multigenerational family of Persian musicians but grew up in the west. From an early age, I was exposed heavily to both types of music. My style is a blend of pop, RnB, jazz, alternative and Middle Eastern.

I have a few live stream shows in the works that will be ready to announce really soon. Before COVID times my shows ranged from performing as a solo act (me and my guitar) up to a 6-piece band. My set usually includes a blend of my original music with some of my favourite covers by artists such as Amy Winehouse and Lauryn Hill, with the occasional Persian dance move thrown in.

I would definitely suggest my new single, Missing Love. I am really proud of how the song turned out.

There is so much talent in this country; this one was hard for me. One of my favourite Canadian artists is Kaytranada. In terms of artists from my home province of BC, I would have to say IMUR and Snotty Nose Rez Kids, among many others.