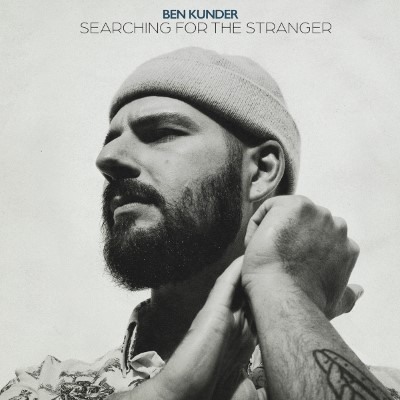 Searching For The Stranger is the newest album from Toronto-based singer-songwriter Ben Kunder.

As an album, Searching For The Stranger is a hopeless romantic. The tracks are slow-paced and gentle, occasionally punctuated with the swelling ache of a lovesick fool. To build its mood, Searching For The Stranger features Kunder’s quiet, intimate vocals, female backing, drums, keyboard, flute, harmonica, and organ. In his search for love, or ‘The Stranger’, Kunder’s lyrics seem deeply personal to his experience.  Whether it’s having a fight with a partner while traveling, or loathing to think about a certain someone (but would drop everything for if they had free time), the listener is made a voyeur to vignettes of Kunder’s life. Kunder says himself of the album that Searching For The Stranger is not only about searching for something or someone different but about accepting that the strange and weird can be beautiful, too.”

Standouts tracks on the album were “Colors” & “Spring”. The track “Colors” feels like a 60s folk throwback with its use of light guitar strums and choral singing. Here Kunder seems to be teasing a lover to surprise him, by cutting their hair or any other means, he will always recognize them because they are so unique and special to him.

The track “Spring”, similar to the season, is all about growth as the lyrics repeat the lines “You have to grow up” as much to the listener as to Kunder himself – as Kunder comes to the conclusion that in order to get and keep meaningful relationships, we have to keep learning and mature. The upbeat tone of the song though, and the song’s later assertion that “I’m learning how to love you better each day” shows that there is hope within Kunder and willingness to grow – just like all good things, it takes time but is worth the effort.