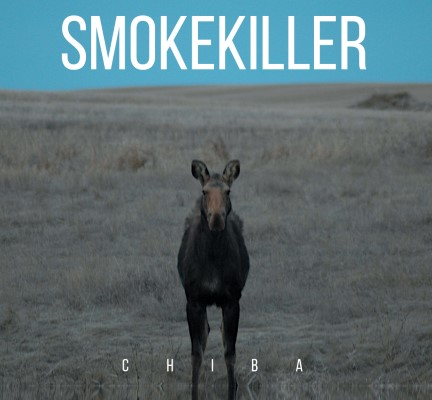 The latest from Saskatoon’s John Antoniuk is a short and sweet collection of seven songs warm, fuzzy, feel-good rock songs. Chiba, released under Antoniuk’s stage name Smokekiller, checks a number of boxes that help contribute to a solid rock album. It hits relatively hard while balancing fairly soft, mellow vocals. It changes up the pace and tone several times, shifting from slower, stoner-inspired tracks to more mid-paced alt-rock tunes to provide some variety to the record. And overall, the album is simply just well-produced and well-written, falling short only on perhaps a lack of an overarching identity to the album. The sometimes jarring juxtaposition between fuzzy, groovy stoner rock songs, and earnest alt-rock ballad-type songs is a little hard to grab onto, especially within the timespan of only seven songs. Neither idea seems fully expanded upon and it makes it feel as though there are definite A and B sides to this album. This isn’t a judgment of quality on those individual songs, however, but on their place on the record as a whole.

“Feeling Good” and “Lion” are two strong opening tracks to kick off the album, both giving off strong garage-rock vibes with their groovy, fuzzy guitar riffs and a sweeping, mellow, vocally-driven chorus. The following track, “Stars”, plays on this theme set up by the first two songs and picks up the pace a little bit for an exciting, quick-hitter track. Song four, “Point of View”, is a little bit where the plot gets lost on Chiba, as things head more in the direction of chord-based acoustic alt-rock. This isn’t to say that such a direction is inherently bad, just that it does feel as though it works against the dirty, electric grooviness established on the first few songs. “Easy As It Sounds” hits the mark a little more so as it touches on some Weezer-like motifs that help bring back the carefree vibe that the record opens on. The final two tracks on Chiba, “You’ll Find Out” and “Don’t Wanna Tell You”, follow a similar pattern to what came before on the record. “You’ll Find Out” is actually a good blend of the two styles coming from the band on this album, culminating in an Arkells-style hit track. “Don’t Wanna Tell You” is a ripping, guitar-heavy send-off track that closes off the album with an exciting crescendo.

Overall, Chiba is by no means a bad album. Perhaps a little confused, maybe as a result of the long stretch of time that has passed since his last release, but John Antoniuk has still come up a compelling collection of songs that all hit the mark in their own way.