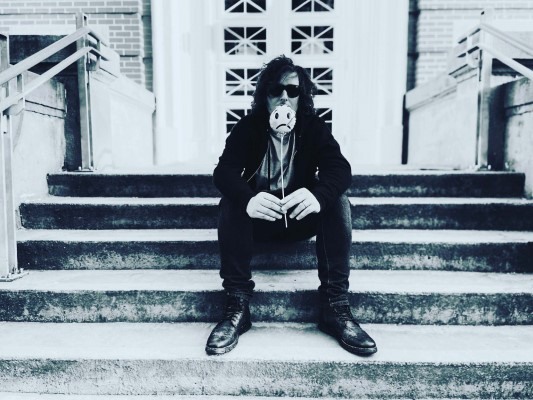 Vancouver, BC-based band, LA Solution Center has recently unveiled their new single, “My Piranha” along with a video for the release.

For “My Piranha”, Calen Trentini (CIVILIANA) provided vocals with Paul Trounce on drums and mastering by Grammy Award-winning engineer Dave Collins. The aggressive vocal style is melded with a distorted, melodic guitar riff against an alt-rock canvas to create a sustained energy of rhythm and feeling. The appropriately hyper-stylized music video was produced by Ryan Mitchell.

Speaking about what led to “My Piranha”, Ponich says,

“When the pandemic sent many of us into self-isolation, I reflected on where I was in life vs. where I wanted to be. The contrast between those two points brought on a great deal of personal frustration. ‘My Piranha’ developed as a deeper expression of those feelings, but on a broader level, it’s about the human obsession with progress and how even our strongest personal ambitions can get derailed by what gets in the way.”

The band plans to release 2 more singles in the coming months, and today they unveiled their newest, “Hot Trotter”, so check out the video below and find out more about the band via our Five Questions With segment.

Hi Canadian Beats! I’m Dan Ponich from the new Vancouver-based alt-rock collective LA Solution Center. We recently released our debut single, “My Piranha” in September with “Hot Trotter” as our October single, and “God Could Be Afraid Of Us All” and “Hit A Nerve” on the way in November and December.

I would put our songs under the umbrella of Alternative Rock. Heavy guitars for sure, but lots of influences from 90’s hip-hop and triphop. Lots of industrial sort of textures and sounds going on as well. A real melting pot!

I co-own a studio in North Vancouver called Park Sound where I am able to put all the songs together. I write, produce and engineer everything, then have guest vocalists for each track. It keeps things fresh and exciting while being able to flex my creative muscle.

I do not have any upcoming shows. Partly due to the state of the world, and partly due to the fact that for now, this is a studio project. Because we have so many different artists featuring on each song, it would be tough to get them all in the same room. Throw COVID into the mix and it’s damn well impossible! That said, if someone were to see us live, I would say it would be face melting and sensual.

I think the one song that defines our sound extremely well would be our upcoming November 6th release titled “God Could Be Afraid Of Us All”. It really encapsulates our sound. Hard-hitting but simple drums, sub-bass, heavy guitars, a very anthemic chorus, and a killer rap verse.

Bless you for your support of Canadian artists!! My favourites right now would be Snotty Nose Rez Kids, Bleako’s Nuclear Disco, Dusknote and Matt Mays!!