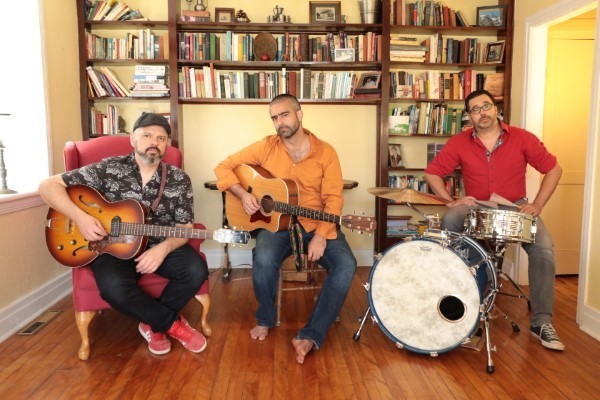 Arriving on the precipice of the trio’s forthcoming self-titled album set for release on October 9, 2020, “America” is about growing up and wondering if you’re bound to repeat the life of your ancestors.

“Some critics wondered why a Canadian band wrote a song that focused on the USA and there are a few reasons,” band member Rod Leggett offers. “Though I was listening to a bunch of protest music, the muse did visit so I listened before she escaped.

“A lot of us want to see political change, but how do you go about that when you no longer have role models? There’s a line in the song about ‘what can be done, of fathers and sons?’; the boy in the song wants a better world, and a country that can stand on its feet, but he’s clearly unsure of himself and what to do.

“There’s no doubt there was a direct focus on the political. I mean, you can’t have it both ways: American art and culture gets exported everywhere and we’re so close to them, so we take a lot in. With adoption comes questions. American politics is in a wild period and it’s sometimes difficult to watch.”

Check out “America” below and find out more about the band via our Five Questions With segment.