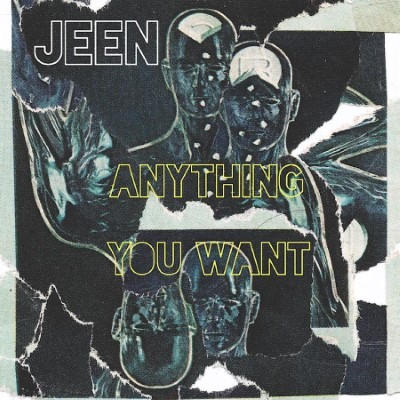 Toronto indie alt-pop songstress, Jeen, has released “Anything You Want”, the second single off her forthcoming self-titled album due October 9, 2020.

Produced with renowned Toronto musician/producer Ian Blurton (Change of Heart, C’mon, Future Now) during the armageddon snowstorm of 2019 in Toronto, the song features a cameo by Kevin Fox on the cello.

“‘Anything You Want’ was kind of a mantra for me,” shares Jeen. “A reminder to stay on the path we choose and not what others choose for us. That night we lost power in his warehouse basement studio and we couldn’t really get out of the city for a few days, so we all just kept our heads down and kept working.”

The first “crisp, laid back” single off the new album, “Deep End” premiered last month via American Songwriter and is already making waves across the pond. BBC Sounds featured the track, calling it a “brilliant song…”, and Ireland’s Today FM featured the track during Ed’s National Anthems who tweeted, “Her name is Jeen and bloody hell it’s brilliant.”

Recorded in Toronto last year, the 12 songs on the self-titled album, Jeen are slated to be her strongest yet, featuring Ian Blurton on lead guitar, Stephan Szczesniak on drums, Brendan Canning (Broken Social Scene, Cookie Duster) & Ben O’Brien on bass, and Jeff Heisholt on synths.

In September 2018, Jeen released Gift Shop on Red Brick Songs. From that LP, the track “Any Moment” garnered the #10 Top Gainer on the Alternative Radio charts upon its debut, was officially added to The Verge on SiriusXM, and climbed the CBC Radio 3 Top 30 chart.