The Crooked releases video for their cover of “Bulls On Parade” 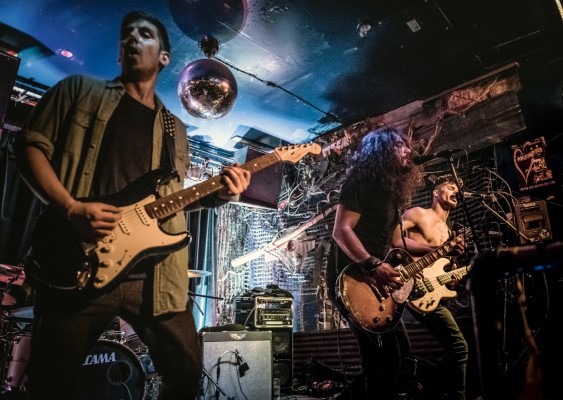 Standing by the grave of a recently cancelled European tour, Toronto, ON-based band, The Crooked have unveiled a video for their cover of the Rage Against The Machine song, “Bulls On Parade”.

This cover, performed by the band since 2019, has swollen with fresh meaning in today’s political climate. Its release aims a broadside against violence, police brutality and obese military budgets.

The song is the first of a spin-off series of covers, revealing different pillars of the band’s diverse taste — from Jimmy Eat World to Stevie Wonder.

Check out the video below and find out a bit more about them via our mini-interview!

First off, care to introduce yourselves to our readers?
Hey! We’re The Crooked, an alternative rock group based in Toronto.
Since 2017, we’ve released two EPs: “First Place Silver” and “The Shoebox Sessions”. We’ve also toured both domestically and internationally, and are now working on a full-length record for 2021. Simultaneously, we’ve decided to use the extra time during this pandemic to record and release a special series of covers for you to enjoy.
What made you decide to cover “Bulls On Parade”?
We think it’s a fitting song for 2020. The song was way ahead of its time and is still relevant today. It seems like people are finally realizing how much money is wasted on violence. Whether that means bombs dropped on people halfway across the world, or on militarized police equipment used to pacify citizens at home.
What can you tell us about the making of the video for this release?
It was recorded in our various home studios during the quarantine. The video is a mix of our performances, blended with images from various protest movements throughout history, as well as other political imagery.
What can fans expect from you next?
Expect more crooked covers ranging from Stevie Wonder to Billy Talent and more — exclusively on our YouTube channel. Also, be sure to follow us on our social medias @wethecrooked as we work on the new record.

Share this:
Related ItemsBulls On ParadecoverCover SongInterviewontarioOntario MusicRage Against The MachineRockThe CrookedToronto ON
← Previous Story Madeline Merlo delivers an intimate version of her single “If You Never Broke My Heart” – unplugged and on video
Next Story → Rich Aucoin releases new album United States, and video for “Walls”