By Shayla Obrigewitsch on September 26, 2020 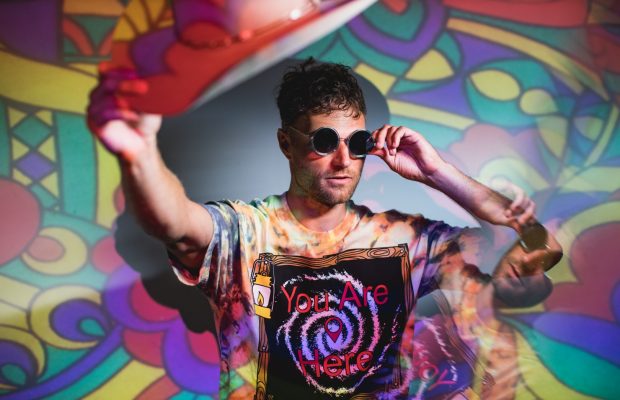 Based in Halifax, NS, indie rock musician Rich Aucoin has released his new album United States, along with a music video “Walls.”

The Halifax Chronicle Herald has said the album is “peppered with Beach Boy harmonies, ’70s soul grooves and dance beats that move the body while his lyrical pleas move the mind. …powerful, motivational.” Aucoin wrote United States while cycling across 12 US states for Mental Health America and the Canadian Mental Health Association. Each song on the album is related to one of the 12 states he pedalled through—from Los Angeles, down the coast, across the south and finishing up in New York City. Below is a tracklist and the states the songs relate to:
1 Kayfabe – CA
2 How it Breaks – AZ
3 Red Rocks – NM
4 Dopamine – TX
5 Reset – OK
6 This is it. – AR
7 Civil – TN
8 Trip – VA
9 Walls – DC
10 Blue Highways – PA
11 Eulogy of Regret – NJ
12 American Dream – NY

Along with the album, the video for “Walls” was also released—paying homage to 22 iconic music videos such as clips from Beyonce, Weird All, Queen, Nirvana and more.