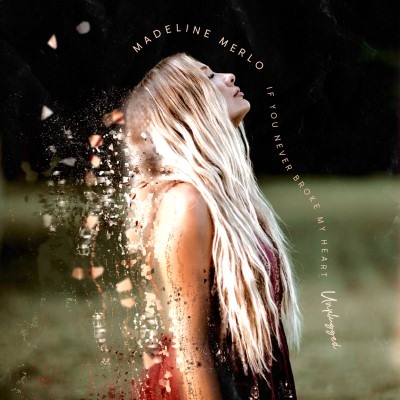 While 2020 has not been a great year; it has proven to be an impressive one for Open Road Recordings artist Madeline Merlo. She released three singles in April – “Kiss Kiss,” “It Didn’t” and “If You Never Broke My Heart.” Also in April, Merlo won the Season Two premiere episode of NBC hit show Songland with her co-penned summer anthem “Champagne Night.” This single was recorded and released to radio by seven-time GRAMMY® Award-winning group Lady A and is currently Top 20 on both the Billboard and Media Base charts. Now she has something else to make her proud of.

Madeline Merlo is beyond talented and she has proven that yet again with the recent release of an acoustic version of her single “If You Never Broke My Heart” followed by a video that shows a raw, intimate portrayal of the tune that was originally released in April.

Merlo co-wrote “If You Never Broke My Heart” with Marla Morris and Grant Vogel. The video was directed by Brian K. Vaughan of Lonely Tree Media and shot at Frankum Farms in Kingston Springs, Tennessee, and it tells the story of the upside to being in a separation and understanding that you can gain from the sorrow that was previously a mutual love and use it as a guideline for the following one. This song and video will tug at your heartstrings even if you have never experienced this feeling.

Of the video, Merlo states,

“I just loved being able to bring this raw version of the song to life.”

Merlo says this of unplugged rendition of the single that is out for the world to hear,

“I had heard songs about being over somebody and songs about being in the thick of heartbreak, but what about that feeling in between? Where you can look back and be grateful for the moments but it still stings a little. I needed that song. So Marla, Grant and I wrote it. It started out as just a vocal / piano so releasing it in this acoustic form gives me all the feels.”

Download or stream “If You Never Broke My Heart” (unplugged) here.

Share this:
Related ItemsElicity Public RelationsIf You Never Broke My HeartMadeline MerloOpen Road RecordingsRGK EntertainmentUnplugged
← Previous Story Halfway To Hollywood return with new single, “Once in a Lifetime”
Next Story → The Crooked releases video for their cover of “Bulls On Parade”