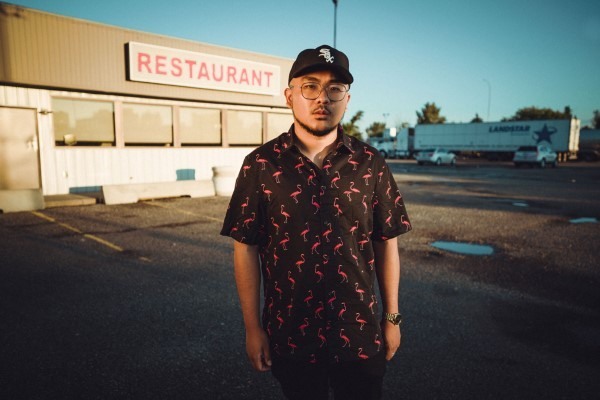 Philippines-born, Calgary-based artist, Lyrique has released a video for his new single, “Live Well” from his debut full-length album, P.I.M.P. (Poetry Is My Pleasure), set for release on October 14.

With rhymes that often focus on his experience as a temporary migrant worker turned permanent Canadian resident, “Live Well” is an internal dialogue about where he’s been and how far he’s come. “Used to live the daily on a dime/Was broke as shit,” he rhymes coolly on the track, “Turn my peso up and now I’m fine/You think I’m rich.”

Then, as if to clarify any misconceptions, he offers the stark reminder: “Bet you never knew I came/You done never knew I saw/Grew up in the motherland/When they die around the clock.”

Sing-rapping over relaxed beats, Lyrique sets his intentions to attain the life he’s always wanted. The video’s opening scene of a plane landing is a nod to his arrival in his adopted home and the dreams he’s already set in motion.

“I would watch planes flying by when I was in the Philippines and think about what it would be like to live a different life somewhere else,” Lyrique says. “That image of the plane became a symbol of escape for me, escape from poverty or a stressful situation.”

The video features various shots of Lyrique perched from empty bleachers. As the camera pans out near the end to reveal a wide-open field, the message of endless possibilities becomes clearer. “’Live Well’ is about setting your sights on a goal and persevering through the lows,” he says.

Check out the video below and stay up to date with Lyrique via his socials.

Share this:
Related ItemsAlbertaAlberta MusicCalgary ABLight of Day PublicityLive WellLyriqueP.I.M.P. (Poetry Is My Pleasure)Philippines
← Previous Story Indie Spotlight – The Noisy Crows
Next Story → Halfway To Hollywood return with new single, “Once in a Lifetime”