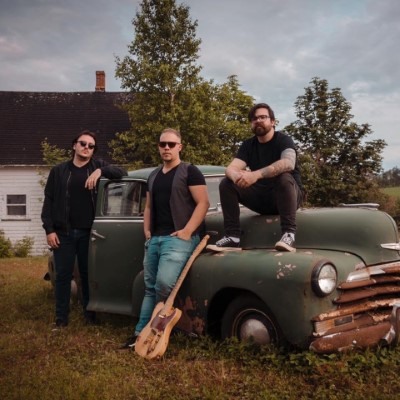 Welcome to Canadian Beats’ Indie Spotlight — every month we profile an independent artist for our readers to add to their playlists. This month we’re excited about indie darlings The Noisy Crows.

Singer and guitarist Josh Buttery started writing and performing on his own while he was across the pond, eager to come back to Canada and try out his new material. His first gig at Baba’s Lounge in Charlottetown was the beginning of his journey as a new Canadian artist. While he enlisted his friends to play that singular show, they quickly realized this was going to be their new path.  A chance audition for a national television show and positive incoming reviews, the band changed their name from ‘Joshua Arran and the Noisy Crows’ to just ‘The Noisy Crows’.

Buttery describes the band’s style as a mixture of singer-songwriter, with pop-rock and punk elements — most likely influenced by his love for the local P.E.I musicians he watches at his favourite venues, combined with drummer Josh MacNeil’s love for the Red Hot Chilli Peppers.

The Noisy Crows approach their songwriting as a collaborative experiment. Often beginning on the singer-songwriter side of things, it’s the band that takes these early ideas and transforms them into the finished product. Buttery credits their bassist, Curtis, and drummer Josh for the theories behind the song’s development.

Performing has drastically changed for bands across the country, and it’s been no different for The Noisy Crows. Early attempts to play live-streamed shows were thankfully short-lived due to the low cases of COVID-19. Many venues began opening up, to smaller capacities, though many only allowing two of the three members. Acoustic shows have become the new normal for the band — but they’re eager to get back to playing full shows for their fans.

Like most bands, their biggest goal is currently getting their music out to as many listeners as possible. Coupled with the desire to return to those live shows, a primary source of income for most independent artists, the band continues to push forward.

If you’re interested in learning more about The Noisy Crows or checking out their music, head over to their website for links to all of their material and social media.