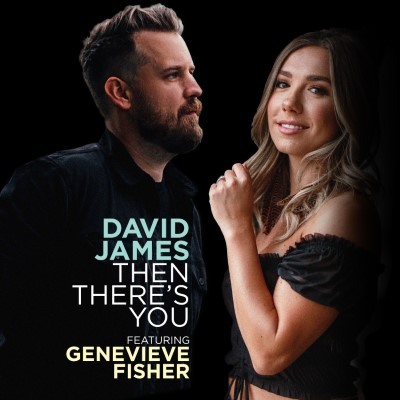 On September 18, David James achieved a career first. He’s so proud to share with the world his new single “Then There’s You” featuring CMAOntario Award nominee Genevieve Fisher. This mid-tempo duet, written by Zachary Ryan Beeken, Colton Lane Pack, and Garrett Scott Nichols, highlights both artists’ powerhouse vocals and showcases their smooth harmonies. James’s very first duet was released to all digital platforms on September 18 and will hit country music radio on September 22.

“Then There’s You” was previously released as a solo and can be heard on James’s EP If I Were You. As a duet, this single is taken to new heights and as Fisher says, “It’s gonna give you all the feels!”

About this fresh take on his single, David James says,

“When we were originally working on “Then There’s You,” it just didn’t feel complete to me; most of the pieces were in place, but it was missing something. Enter Genevieve Fisher and her powerhouse voice; problem solved. The most-rewarding thing for me through this entire process was getting to work with her; Genevieve is a fantastic artist with an incredible voice and such an awesome human. Though the song was never intentionally written as a duet, she adds a whole new dimension, lyrically and melodically. I love how the parts and voices blend together, and I think people are really gonna dig this one! I am so thankful she agreed to do this!”