Yukon Blonde announce fifth studio LP, Vindicator with new single “You Were Mine” 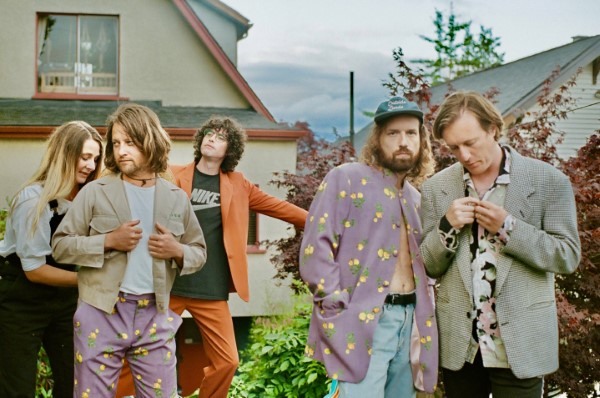 Vancouver based band, Yukon Blonde, has announced their fifth studio LP, Vindicator as well as their new single, “You Were Mine.”

After ten years since forming and five LPs in, Yukon Blonde have been characterized in a lot of different ways. They emerged as a guitar-heavy rock band, then experimented with slick, ’80s inspired pop elements, then turned their attention to mood making — largely ditching their guitars in favour of synths and drum machines to build danceable, multi-dimensional soundscapes. With Vindicator, Yukon Blonde rewrite their story again by dousing the album keyboard melodies and relaxed grooves with psychedelic hues that are both playful and expansive.

From the opening track, Vindicator will immediately put you under a joyful spell and then never let you go. With singles “In Love Again” and “Get Precious” already racking up the plays around the globe, today the band are sharing another new single, “You Were Mine”.

Jeffrey Innes (vocals/guitar/keys) says of “You Were Mine”:

“We were all on Galiano island for this recording…James (vocals/bass/keys) brought the initial idea to the table, and after several hours of jamming, eating Scooby-snacks and drinking Churchill martinis, it started to fall apart in the most perfect way imaginable. I feel like this song somehow epitomizes the spirit of a successful collaboration in our band. Words like ‘compromise’ had no place in that session; everyone sings leads at some point, everyone plays everything. It’s certainly among our favourites from the record.”

“We’re more mature and comfortable with ourselves now and we know that we can try something new even at this stage in our career,” explains Younger. “We completely deconstructed the narrative of the band and made the music that felt good at the moment.”

Vindicator is the first Yukon Blonde album written, recorded, and produced entirely by the band. It took shape in their jam space in East Vancouver, a cabin on Galiano Island, in a closet at Younger’s home, and in Innes’ kitchen. But this DIY ethos has always been the backbone of Yukon Blonde who are curious artists with a passion for honing their craft.

The in-house approach to Vindicator allowed Yukon Blonde to stretch themselves creatively and experiment with sounds and styles in ways they haven’t before. The band share vocal duties and Innes, the band’s primary songwriter, lets his lyrics, which touch on everything from love to redefining your relationship with social media, drive the shape of the songs.

Admittedly, making Vindicator by themselves was a creative risk but it’s one that’s paid off. Even the album title is a nod to how Yukon Blonde feel about the record’s outcome.

As Innes notes, “You don’t really need to compete with yourself, you just need to challenge yourself.”   “It’s a very rewarding feeling taking control of yourself and your creative ambition,” adds Younger. “It’s something that you can ride high on because expectations were met and fulfilled and that’s a joyous thing.”