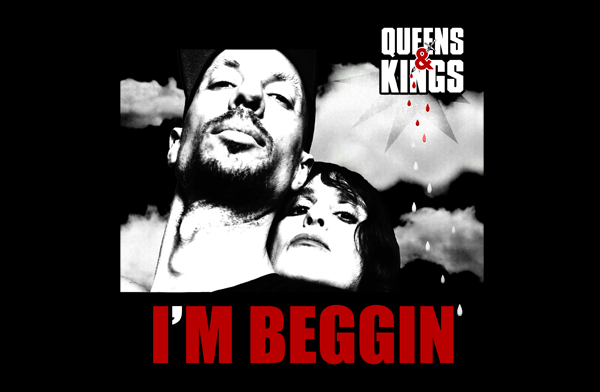 The single follows their previous release, “You Got Me“. The singles have almost a year between them, which was not planned, but one thing followed the next. Having been a couple with many ups and downs for 9 years, the two decided to call it quits and evolve in their relationship, still determined to pursue the project they so strongly believe in and remaining the best of friends. Brendan (guitars/voice) moved to Cobourg Ontario while Alissa (drums/voice) remained in Toronto, the slight distance making their efforts a bit more complicated.

“The band was born as a kind of release to begin with. A place where we could unleash all of our anger and frustration with wild abandon, so it’s kind of the perfect healing tool for going through our current personal struggles between us, not to mention the world-wide struggles we are all sharing in this year. As hard as it is to hold onto it right now, it kind of ironically is also essential for all the same reasons.”

An official music video for the single will be in one week’s time. Until then, check out “I’m Beggin'” below and stay up to date with the band via their socials.