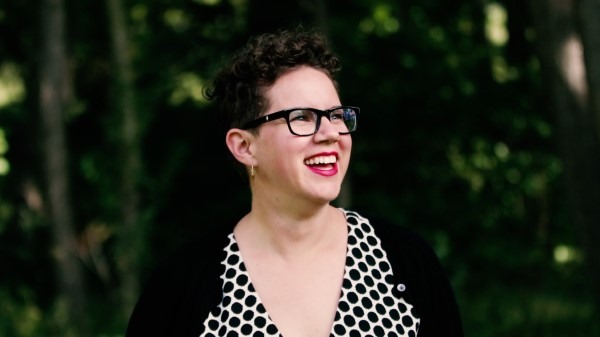 “BORJONER was born in a coffee shop,” Benoit recalls of the album’s earliest days. “I was thinking about the process of growth as an artist, a person, and a mother. The idea of burgeoning soil was all I could think about as I was trying to piece together a project that had been 15 years in the making.

As a Canadian artist with a French background, I searched for a term that represented the idea of growth and BORJONER was found,” she continues. “It’s an old French term for burgeoning, and it couldn’t be more accurate for how I really do feel. It is as though I am clawing through the soil upwards and downwards, and it’s been a symbol for the entire process of how the album came to be, the recording and subsequent re-recording of it, its release during COVID-19, and its life as its rooted its way into the music community.”

The album was recorded by Spencer Cheyne at OCL Studios and sees Aimee-Jo Benoit and Trio Velocity — Simon Fisk, Robin Tufts, and Sheldon Zandboer — organically lean into songs of importance from the musical journey of the artist, holding space for them to breathe as they morph and are rearranged and reimagined through the connectedness of the quartet.

“We were brought together by the death of a close friend and colleague about four years ago,” she shares. “We held an improvisational performance at his wake, and the energy brought about by our grief exhumed a special connection.

For each performance of a particular tune, including the recording, we loosely arrange the feel and structure, but listen to each other so intensely that we allow for the song to develop and grow in its own way.”

The album features 10 tracks, including covers of Nirvana’s “All Apologies”, a nod to Feist’s “Lonely Lonely,” and a revisit to Snailhouse’s “Repetition”, and more!

Check out the album below and find out more about Aimee-Jo via our Five Questions With segment.

My name is Aimee-Jo Benoit, and I am a collaborator, vocalist, and mother from Calgary, AB.

Even though I am 41 years old, I still feel like I am an emerging artist, it’s as though this cocoon of motherhood has been shaping me as a person, but also a musician. I write a blog called MOTHER/MUSIC/HOOD and I have a new “day-job” as a Hospitality Associate at a long-term care facility. I may be known to you from my vocal work in WOODPIGEON, and maybe lesser known to you as a backing vocalist in other projects from my local music community, which I cherish.  You can see Hermitess’s new EP titled TOWER for a sample. I have a background in choral, folk, and training in Jazz.  I am happiest when collaborating and love performing on stage and being in a chorus of voices.

The tunes I tend to choose for arrangements generally have a sentimental value to me. I have a hard time being sincere with songs that I can’t anchor to a period of time, a break-up, or a friendship. I want what I do to be as genuine and sincere as possible, joined with the joyful expression of the relationship between the players on stage or in the studio. Maybe one day I’ll share with the world the snippets of songs I have half-written over the years. (I never get them finished)

Sadly, I have no upcoming shows. I am hoping to book a small tour in 2021 in support of BORJONER, however, COVID has put a wrench in my ability and desire to perform with my peers, and has taken away the joy we receive from each other while playing. I also have 3 kids at home, and a husband out of work-so our stress levels are a bit high over here!  However, if you could see me live, you would see someone who goes inward to get the song across. It’s a simple show, with simple lighting. The focus is on the experience between musicians, and how we take turns expressing and listening to each other.

I think if you ask me, the tune ALL APOLOGIES gives the listener a pretty good sense of what I am all about as a vocalist, as an arranger, as a person.  It’s the first track off our new album, BORJONER, which features TRIO VELOCITY in collaboration.

I can honestly say my music library is composed of a majority of Canadians! There is something so unique and relatable about the Canadian voice.