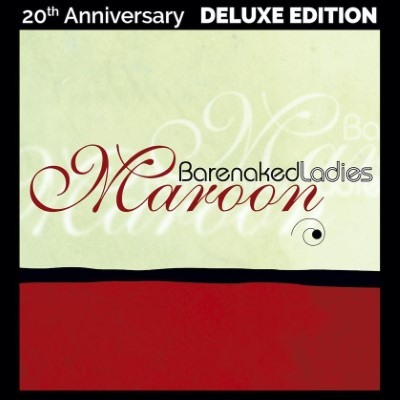 This weekend, Barenaked Ladies fans of all stripes are celebrating the 20th anniversary of the band’s definitive album, Maroon, with the announcement of an exclusive double vinyl edition of the JUNO Award-winning album.

Released on September 12, 2000, Maroon debuted at #1 in Canada and at #5 on the US Billboard Top 100 album chart respectively.  The album is notable and celebrated among fans for having a distinctively sophisticated and mature sensibility without compromising the band’s signature playful pop-rock that made them stars across Canada and around the world.  With only the debut single and album hit, “Pinch Me,” reminiscent of their 1998 #1 hit, “One Week” with its fast vocals from Ed Robertson, follow up hit singles “Too Little Too Late” and “Falling for the First Time” highlighted BNL’s power-pop genius.

The double vinyl edition of Maroon is set to feature 180-gram vinyl with a beautiful gatefold sleeve, with a limited number of maroon-coloured vinyl to be made available.  While sides one through three will contain the album in its classic form, side four will feature rare and alternate and demo versions of “Falling for the First Time” and the band’s Christmas hit “Green Christmas” as well as beloved b-sides such as “Powder Blue” and “Inline Bowline.”