PREMIERE – Chairmen Of The Boards release debut single, “Board Whacks” 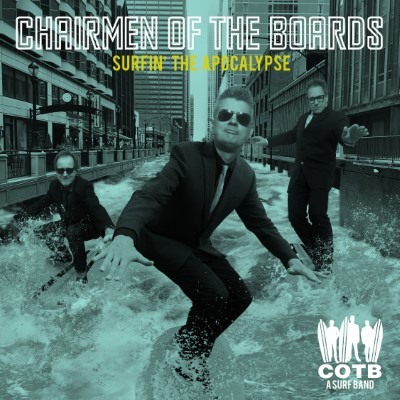 There’s a new surf rock group taking over the Toronto scene, Chairmen Of The Boards. Comprised of Toronto scene veterans Rob Hiemstra (guitars), Leo Valvassori (bass), and Gary Craig (drums), they have unveiled their debut single, “Board Whacks”. The single comes from their upcoming debut album, Surfin’ The Apocalypse, which is set for release later this year on (weewerk) Recordings.

“The seeds for the band were planted when I started bringing original ‘surf compositions’ to Chairman Leo during a residency at Grossman’s Tavern. In no time we were working out new ideas, and soon had enough material to make an album. We laid down drums at Revolution Recording in Toronto and the rest of the album was done at Chairman Leo’s personal studio The Notebox, where additional sugaring to songs was applied by keyboardist Denis Keldie, pedal steel guitarist General Kevin Neal, and the Hang Ten Horns—Rebecca Hennessy and Carrie Chesnutt. Playing this music is such a blast, and we hope it can help people escape to their favourite beach, real or imagined.”

Check out “Board Whacks” below and stay up to date with the band via their socials.