Five Questions With Kyra and Tully 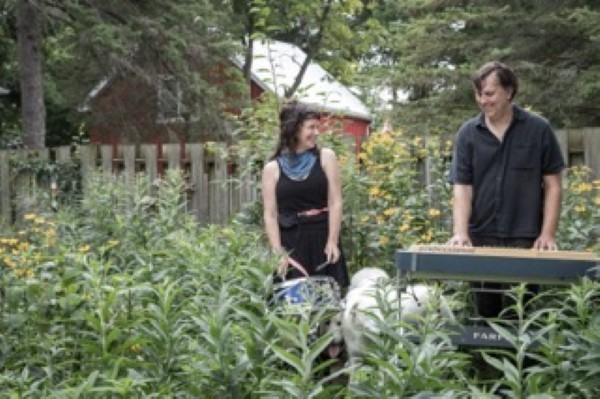 Canadian folk duo Kyra and Tully have recently unveiled their new single, “Flowers Wild”. The single is from their upcoming fifth studio album, Time, which is set for release in November.

The album’s 11 original songs span more than two decades, spanning the prior from before the pair had met, to songs written more recently. They are songs filled with heartfelt voices and plenty of harmonies woven in orchestral instrumentation. The lyrics, which explore everything from the joys and challenges of parenting to the delights of nature, also acknowledge a shared humanity.

Check out “Flowers Wild” below and find out more about Kyra and Tully via our Five Questions With segment.

Hello! We are Kyra and Tully, singer-songwriters multi-instrumentalist, currently chilling out in Prince Edward County with our son and two Great Pyrenees mountain dogs getting excited to launch our fifth studio release called TIME.

For the most part, we each write songs separately, usually. but add little flourishes and production ideas to each other’s songs.  Tully says,  ‘for Kyra’s Harmony ideas for my song Monarch Butterfly-  I should have given her a co-writing credit .”   We both like to change things up with different styles of music from slow-burning rockers to stringy love songs and fun to play pop folky freaky things. The Instrumentation is very acoustic based with lots of piano, violin, cello, upright bass, acoustic guitars. Banjo. Drums, shakers, ukulele,  Then some electric guitars and vintage keyboards sprinkled around for good measure.

We were playing quite a few shows and rehearsing weekly with a band before going into the studio in 2019 with Kyra’s teaching colleagues at a Waldorf School she taught at in Kingston,  Tim Crease an upright bass player, and Alex Terry on acoustic guitar and vocals{great songwriter as well} That was really the foundation of the recording of ‘Time’ and the songs spanned over two decades up to very recent- hence the name TIME.   And it was really fun to be playing and jamming and feeling like a band. And playing little shows around town. Tully goes back and forth from guitar and piano and Kyra goes from snare drum and guitar, lots of harmonies.  It’s pretty mellow for the most part. It was such a warm vibe recording TIME Its always is with Chris Coleman at leopard frog studio,  And we are so thankful to have the people that recorded with us. It was wonderful all the way through. Fantastic musicians and even better people. We have been doing little internet shows since the pandemic hit,  but nothing planned for a live show. We recently saw Emilly Fennell at the Mustang Theatre here in The county, it was awesome! An opening slot for something like that would be pretty cool. Child and dog care is definitely a challenge for us.

‘Flowers Wild’ is the one we are running with at the moment- it’s the first ‘official’ single released from ‘Time’ and the video for this song is our biggest video production yet filmed by Leigh Ann Bellamy, (we also did a photo shoot at the same time with Suzy Lamont) with both of us riding horses, Tully says,’ Kyra riding and me looking like I’m Riding”, and hanging out in cool vintage sports cars and such. lovely in four-part harmony thanks to Tim Sheffield and Alex Terry.

We just bought the new Sarah Harmer one on vinyl. Best one yet in our humble opinion -but hard to choose we love them all.. she even covers an old housemate of Tully’s- Dave Hodge. Yay. We listen To a lot of music that we have connected with along the way. Kyra used to write a weekly live music column for nine years running with Kingston this week Newspaper. So we used to get turned on by lots of music before most people. Like Jenn Grant used to stay at our place when she would play in Kingston. And Tully used to play music with Matt Barber and Jill Barber. So its always fun to hear them on the radio. There’s so many we could go on and on. We’ve been learning  Bruce Cockburn  Wondering Where the Lion’s are from a music book. The Cds are still spinnin’ in our Honda CRV.  The Sadies Are what’s in our car at the moment. Tully Sketch’s many live shows  www.mptully.com–  and Dallas (Sadies) got us in to see them when they were opening for Blue Rodeo at the Krock. Very nice. Gord Downies Introduce yourself. So beautiful.