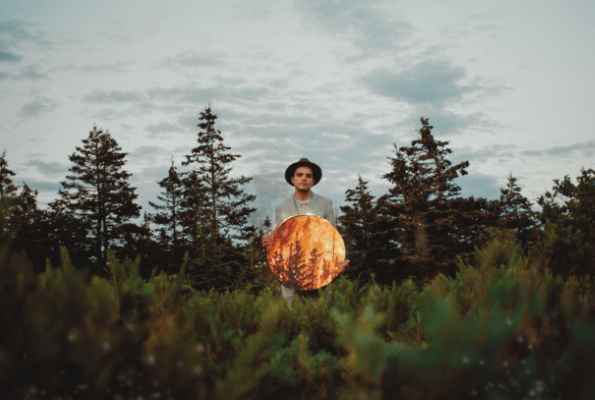 “Forest Fires” comes in the middle of a pre-order campaign for Lam’s forthcoming EP, which pledges to plant a tree in Atlantic Canada for every backer. Leading up to National Tree Day, the campaign sees a goal of planting 100 trees across the region. Support HERE.

The fires of this new single’s title are no metaphor—like all of Lam’s songs, this one is based on a lived experience. In 2019, while working on a campaign to stop oil drilling in the Arctic National Wildlife Refuge, he attended the biennial Haa Kusteeyi celebration on the lands of the Carcross/Tagish First Nation in Canada’s Yukon Territory. Mere kilometers away, forests burned in a record season of them—as Lam sings, “I haven’t seen blue skies in seven weeks now.” The irony of celebrating an earth concurrently being destroyed was not lost on the songwriter and climate activist.

Braden’s new album, Inside Four Walls is set for release on October 2, 2020, and in support of the new album, Lam performs select shows throughout the Maritimes. Dates are as follows:

Check out the single below, and stay up to date with Braden via his socials.